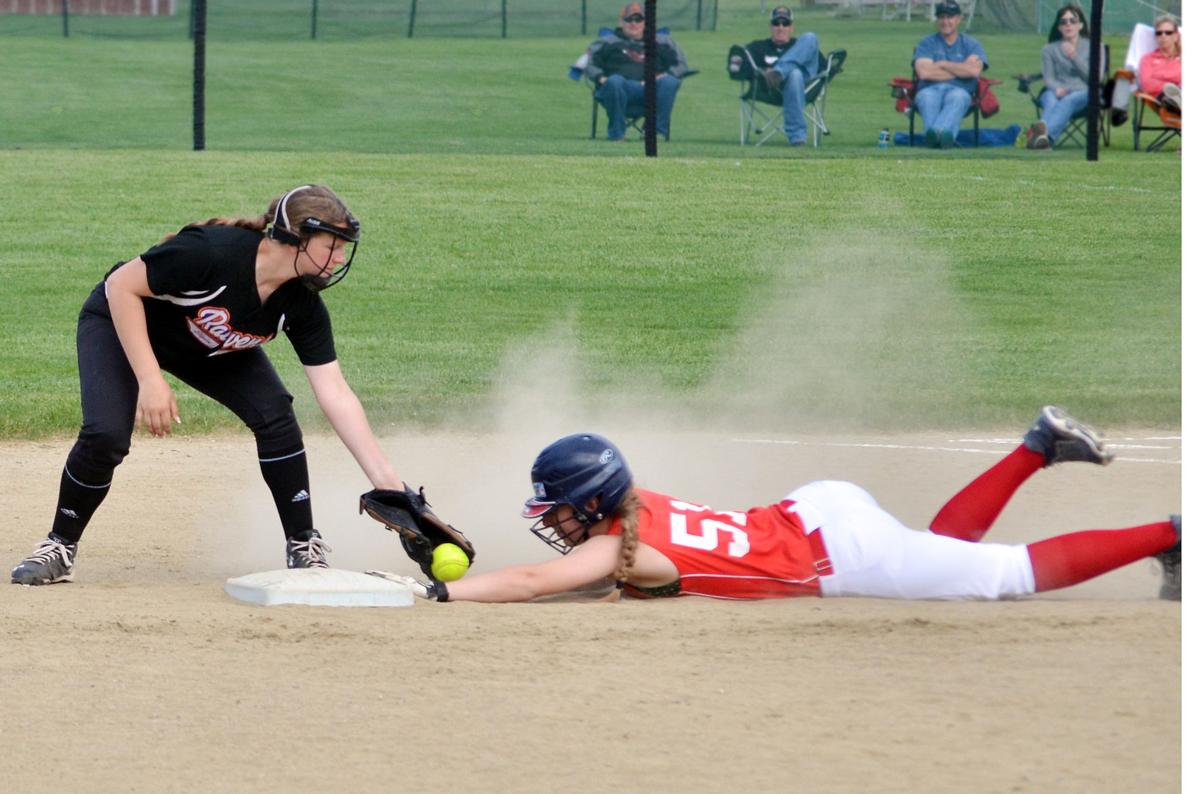 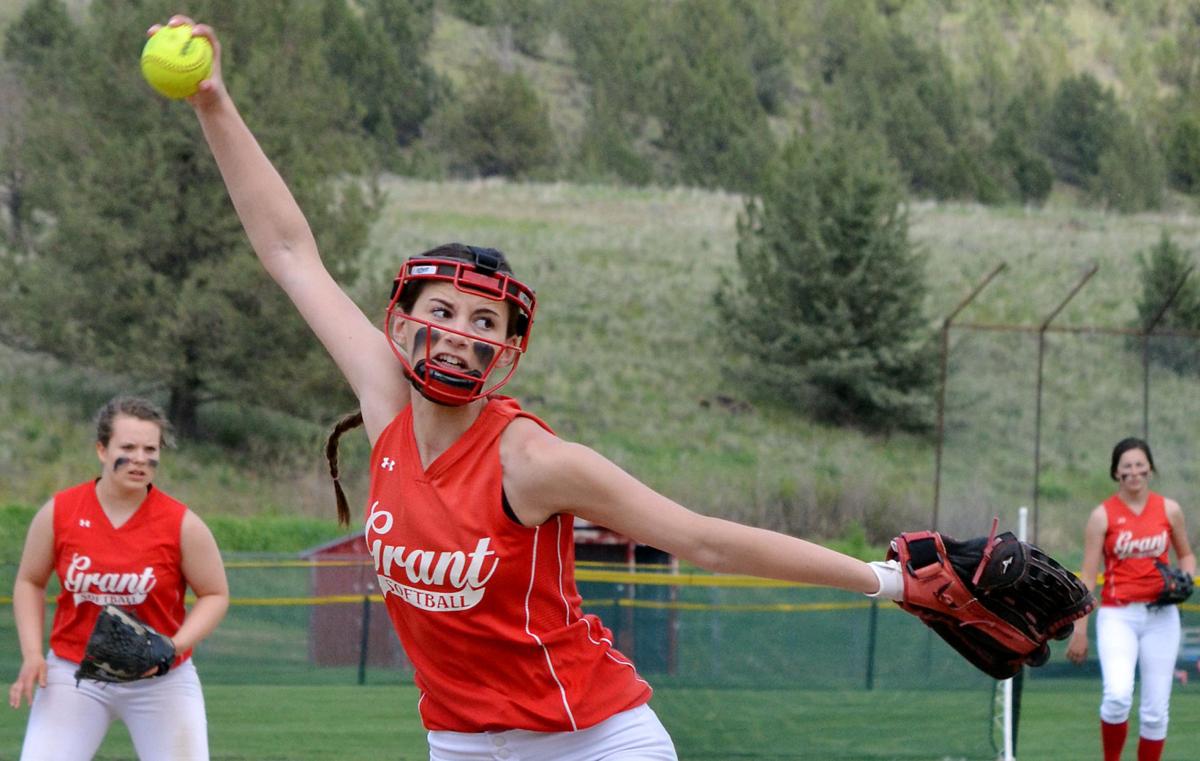 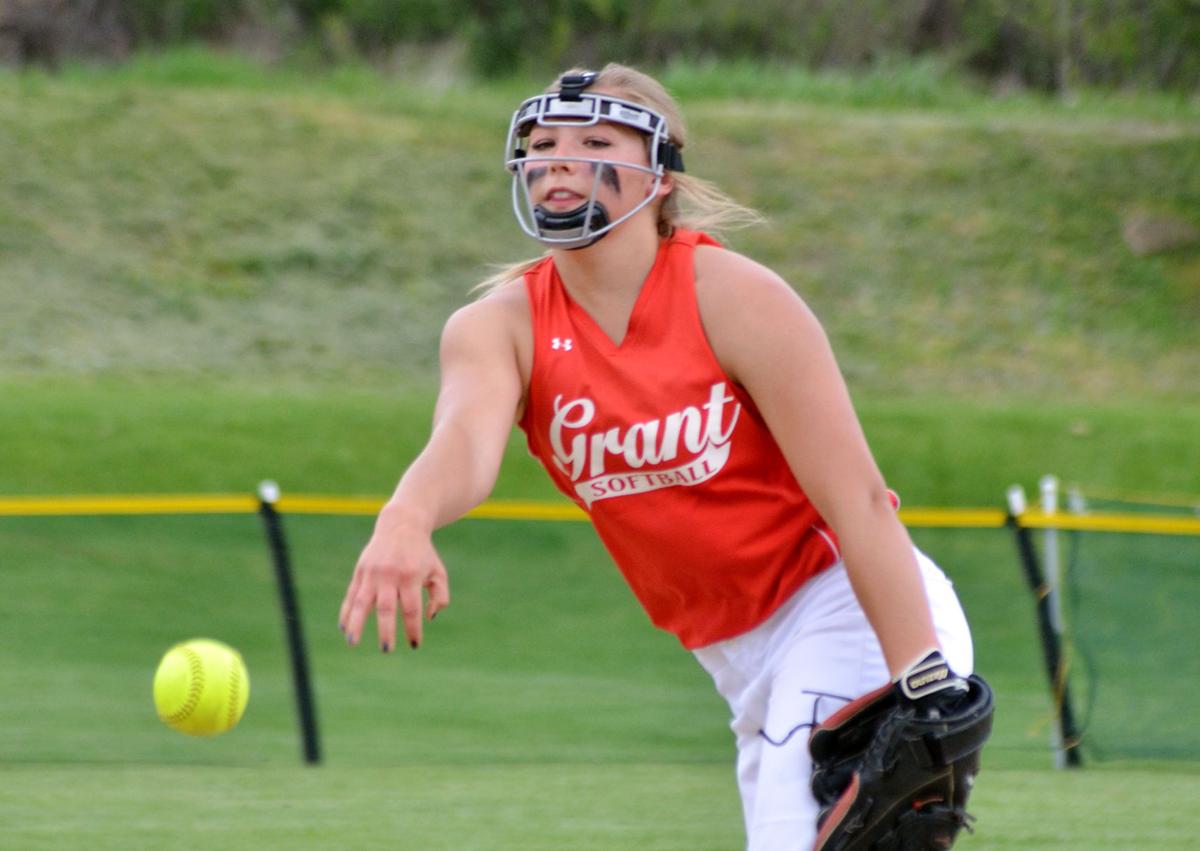 Grant Union Prospector Mariah Moulton pitches Friday's game one against the Elgin/Imbler Ravens for a 23-2 win in five innings. 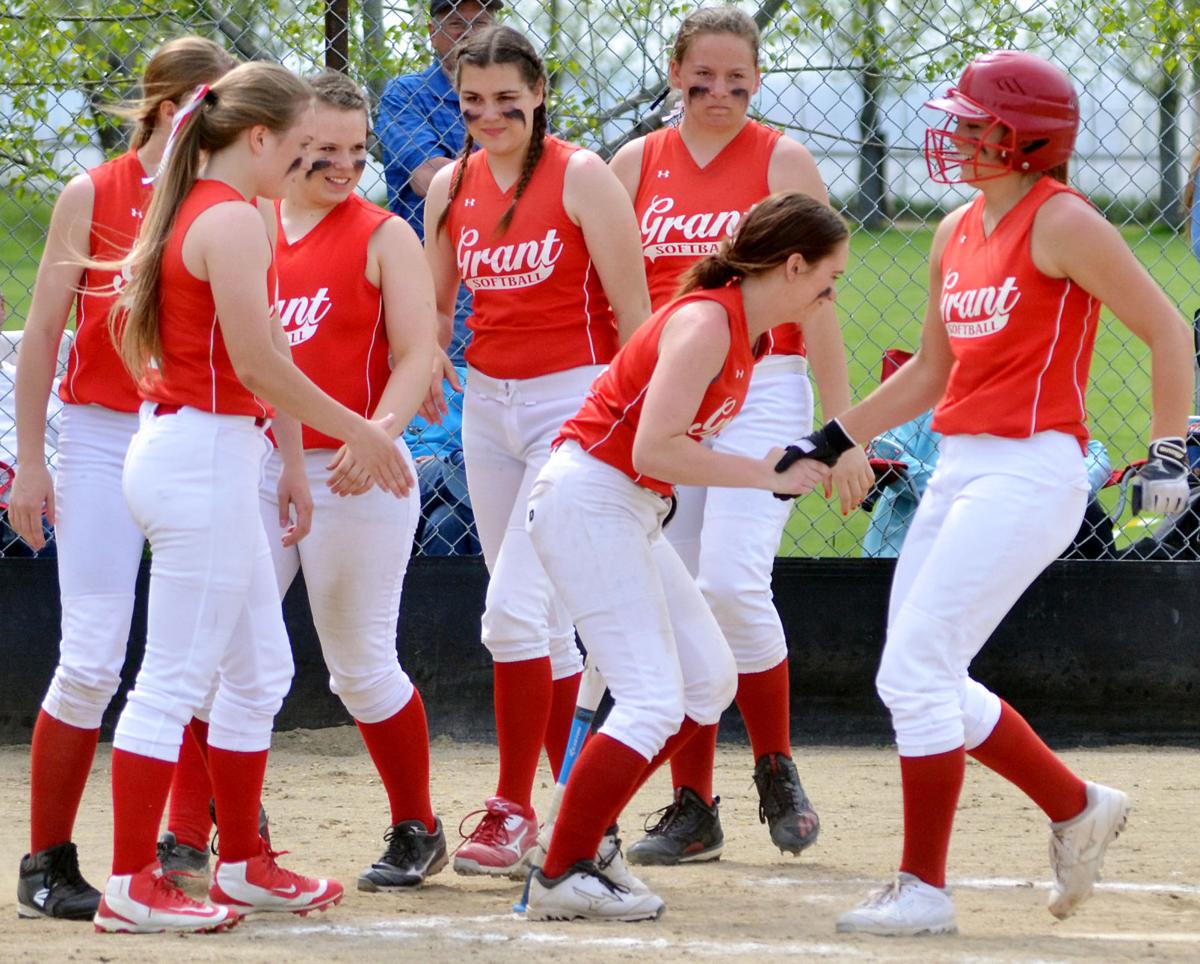 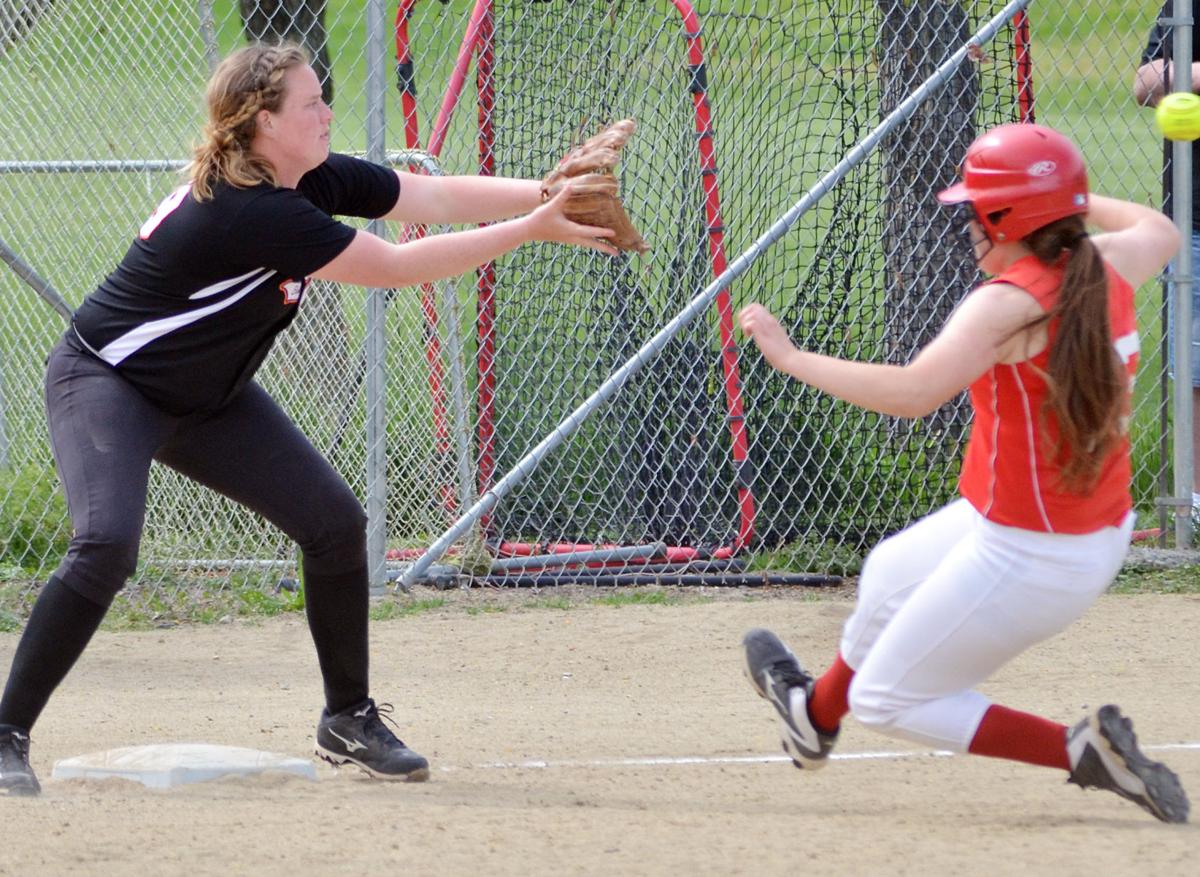 Grant Union Prospector Marissa Smith beats the tag out at third base. She had two RBI on the hit. 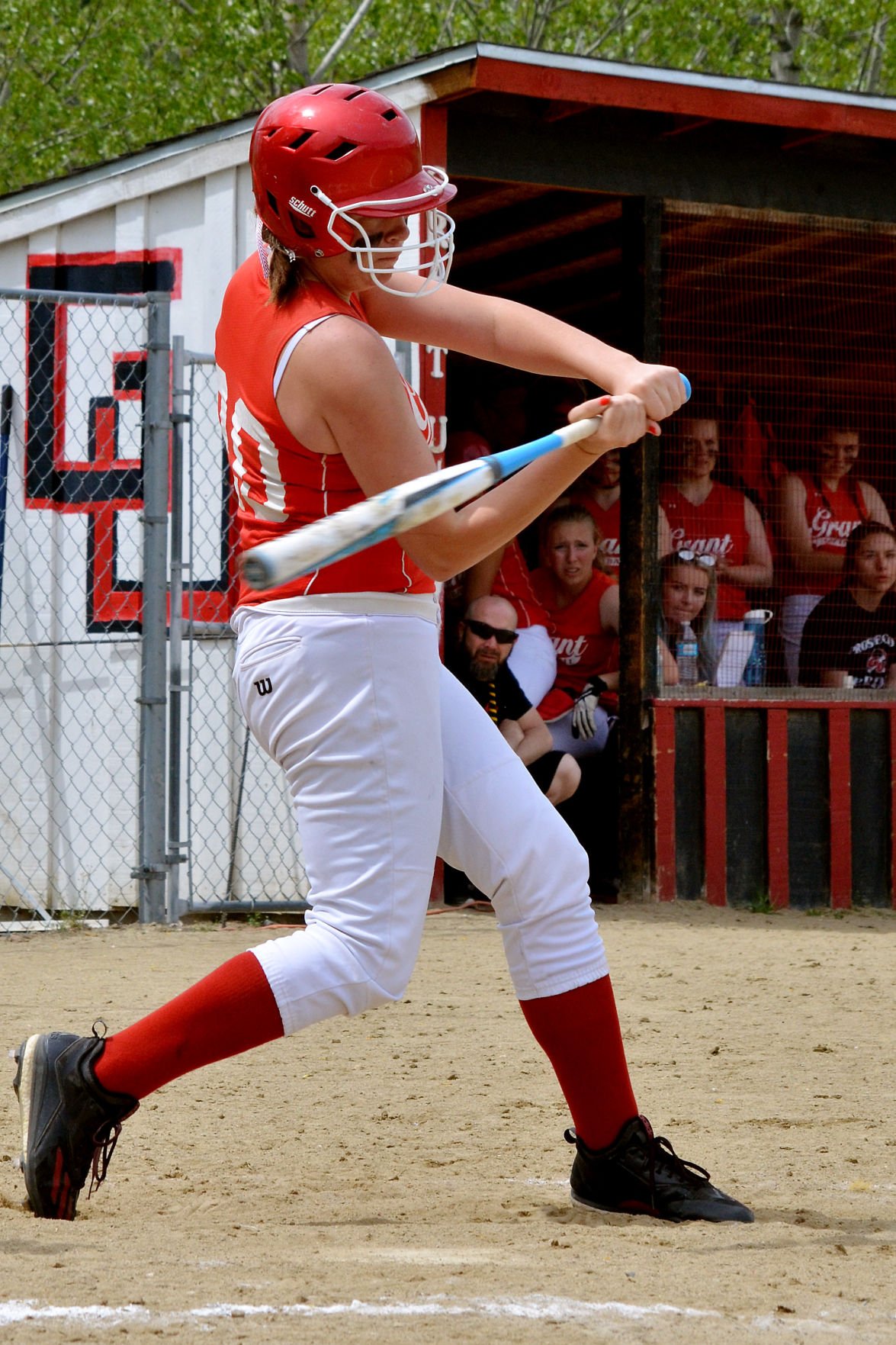 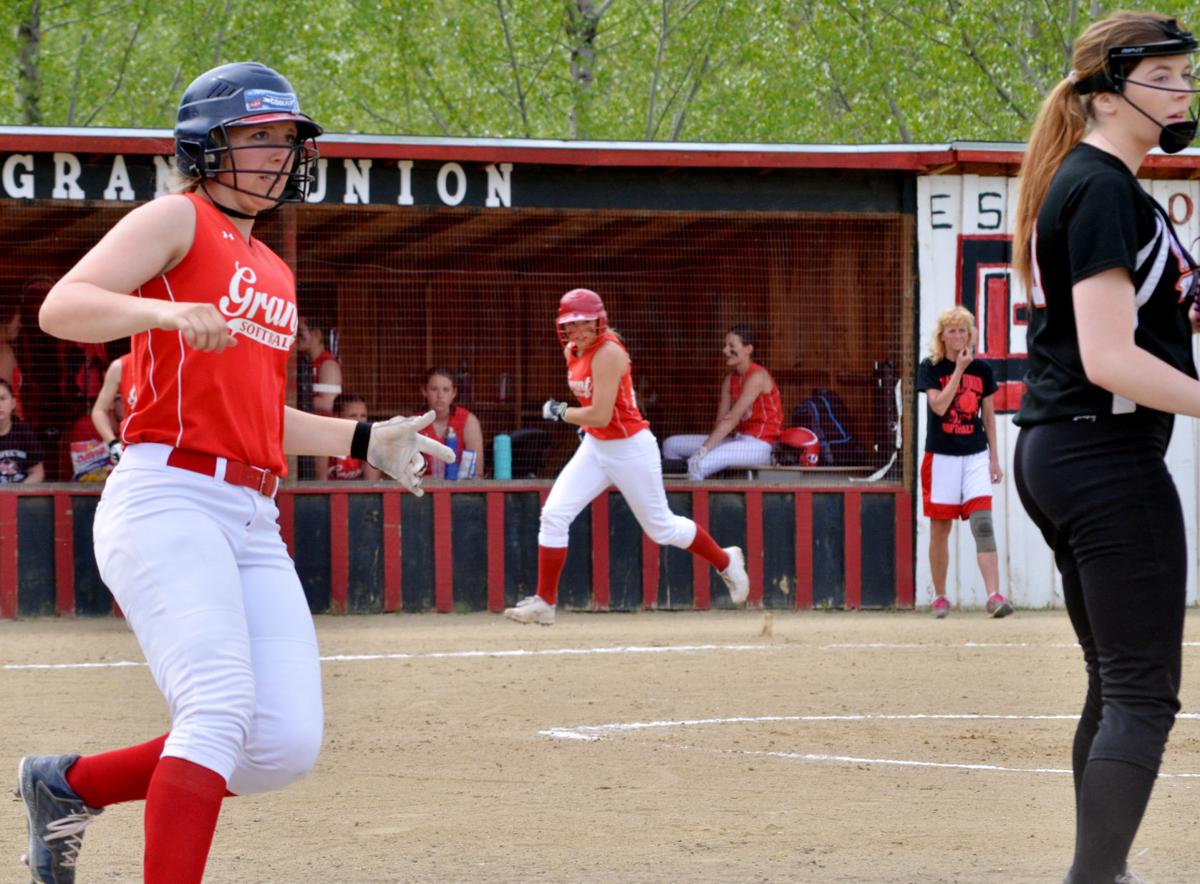 The bases loaded, Prospector Brianna Zweygardt, left, is set to run past first base, Mariah Moulton, in back, running toward home plate. 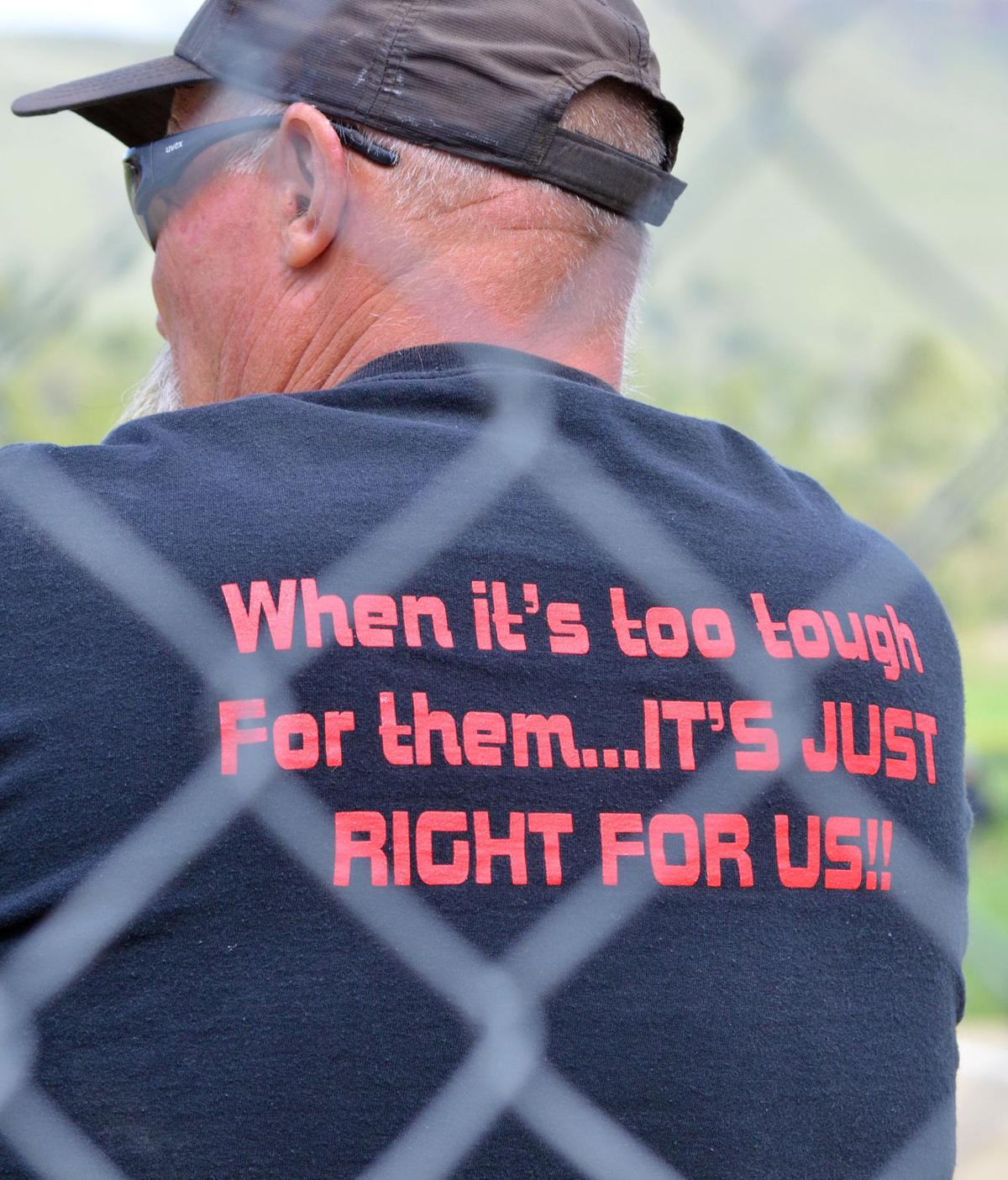 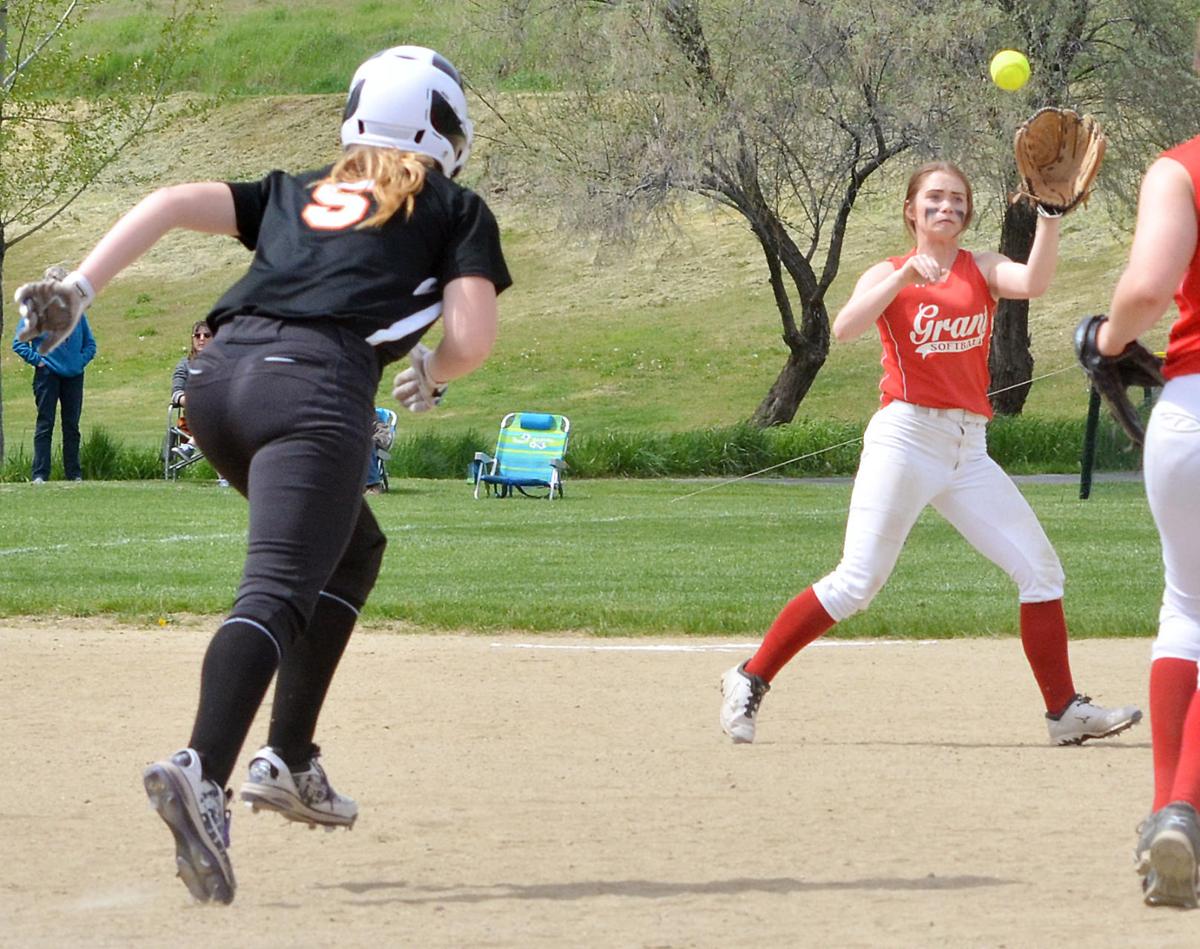 Prospector short stop Ravyn Walker makes the grab from second baseman Natalie Stearns to get an Elgin/Imbler runner out at second.

Grant Union Prospector Mariah Moulton pitches Friday's game one against the Elgin/Imbler Ravens for a 23-2 win in five innings.

Grant Union Prospector Marissa Smith beats the tag out at third base. She had two RBI on the hit.

The bases loaded, Prospector Brianna Zweygardt, left, is set to run past first base, Mariah Moulton, in back, running toward home plate.

Prospector short stop Ravyn Walker makes the grab from second baseman Natalie Stearns to get an Elgin/Imbler runner out at second.

Grant Union raked in 23-2 and 12-2 wins Friday at the Prospector softball field in John Day.

Both games were won in five innings with Prospector Mariah Moulton in the circle for game one and Cody Jo Madden pitching game two.

“It feels good to be back on top of things,” said Grant Union left fielder Whitney McClellan.

“In the first game, knowing Elgin was down, I think the girls came to play,” said Grant Union head coach DeAnna Nash. “I liked their energy today.”

Grant Union had their home crowd cheering in the bottom of the first inning.

Moulton kept the Ravens scoreless in the top of the inning, then Prospector Whitney McClellan, first at bat, scored on her first hit.

Elgin’s pitcher scored a single-run homer in the second, but Moulton got the rest of the outs, including a strikeout.

In the bottom of the inning, McClellan had two RBI, scoring Natalie Stearns and Ranft, and the Prospectors led 12-1.

Hitting doubles in the bottom of the third were Kori Jo Girvin with one RBI, in her varsity debut, Walker with two RBI and Moulton with two RBI, to give Grant Union a 17-1 lead.

Moulton made the outs in the fourth, including a strikeout, and Grant Union sailed away with six more runs in the bottom of the inning.

The Ravens scored one more in the fifth, the Prospectors taking the 10-run win.

Nash said they “had their moments” in game two.

“We didn’t hit quite as well,” she said, adding some clutch hits were made when they needed them.

Elgin got off on the right foot in the first inning with two runs, and Grant Union came back in the bottom of the inning with Moulton’s one-run homer.

The Prospectors regained strength in the bottom of the second to take a 4-2 lead, and took it from there, Madden holding the Ravens to two runs in the game.

“We drew fewer walks during this game, so the scoring was a little less spectacular, but overall, we are back hitting well 1 through 9 in the lineup,” Nash said. “We had strong efforts by both pitchers and solid defense through the two games, including three double plays and two put outs on base hits when runners tried to stretch their single into a double.”

As the 3A Special District 2 playoffs approach, Nash said they would know more about how things will go on Tuesday, May 9, when Enterprise faces Burns in Burns.

Vale is at the top of the league, followed by Grant Union second, and Enterprise third — the top two advancing to state.

Nash said if they win both games against Enterprise on Friday, May 12, in Enterprise, they may host a playoff game on Tuesday, May 16. At this point, they’re unsure of the outcome if they split wins with Enterprise, she said.

Nash said they’re looking forward to the games against Enterprise where it will be important for them to stay “mentally ready.”

Prospectors Madden and Walker had a positive outlook after Friday’s wins.

“I think our team has the most potential that I’ve seen since my freshman year,” Madden said.

Walker added, “I think if we keep playing our game, we’ll make it — we’ll definitely prove who we are.”

Grant Union had 17 hits with four doubles and two triples.

Ravyn Walker, Mariah Moulton and Whitney McClellan had three hits a piece. Walker had two doubles and a triple, and Moulton had a double.

Tressa Ranft and Natalie Stearns each had two hits, including Ranft’s triple. Kori Jo Girvin had a double.

Walker had three hits and Brianna Zweygardt was 4-4, including three doubles. Moulton also had a home run on the day.

Chase Jeter out again for Arizona Wildcats vs. Colorado Buffaloes

‘Get ahead, stay ahead’: To make a run in 2020, Arizona Wildcats must reduce walks