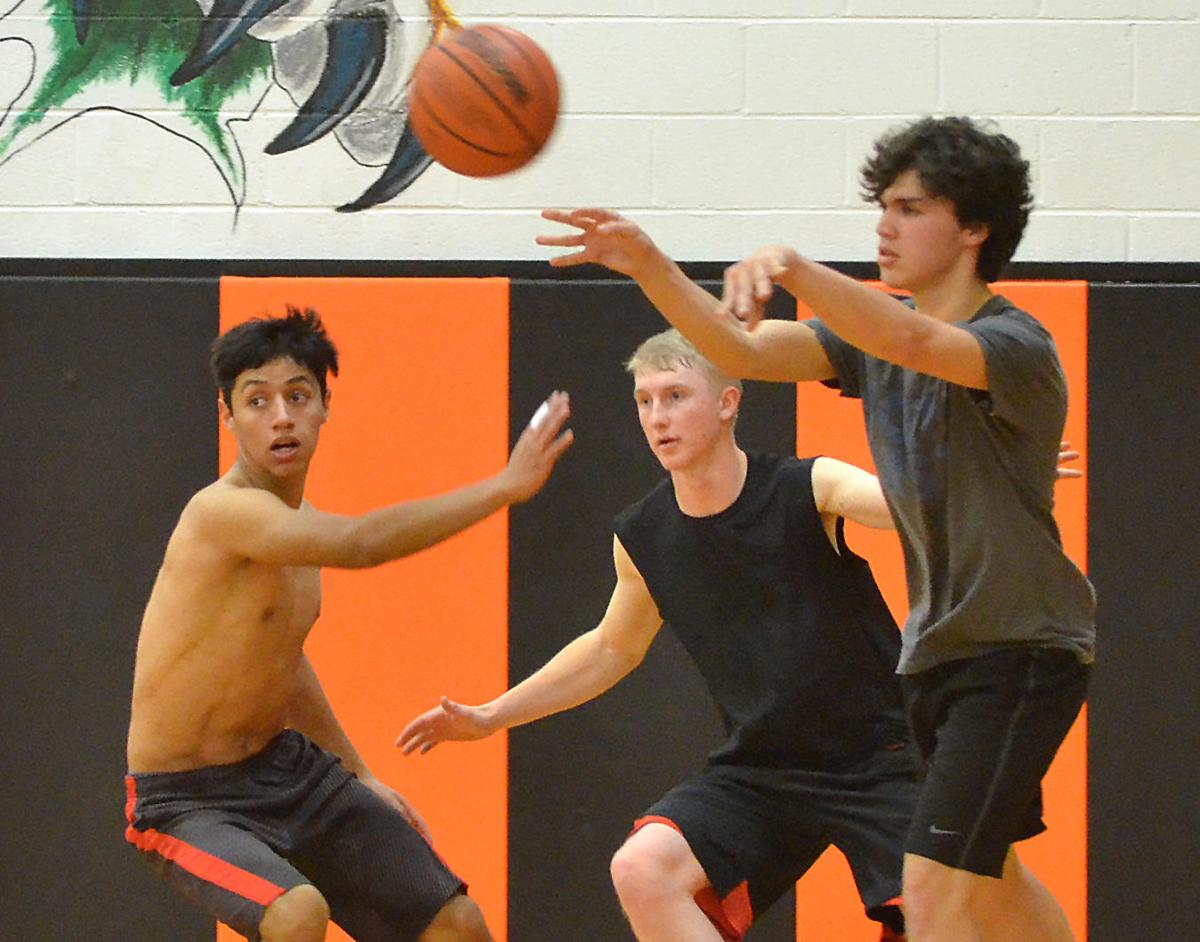 Dayville/Monument Tiger Jaydon Hoffman passes the ball in a practice scrimmage last week with Mark Thomas, back left, and Drew Wilburn in the action. 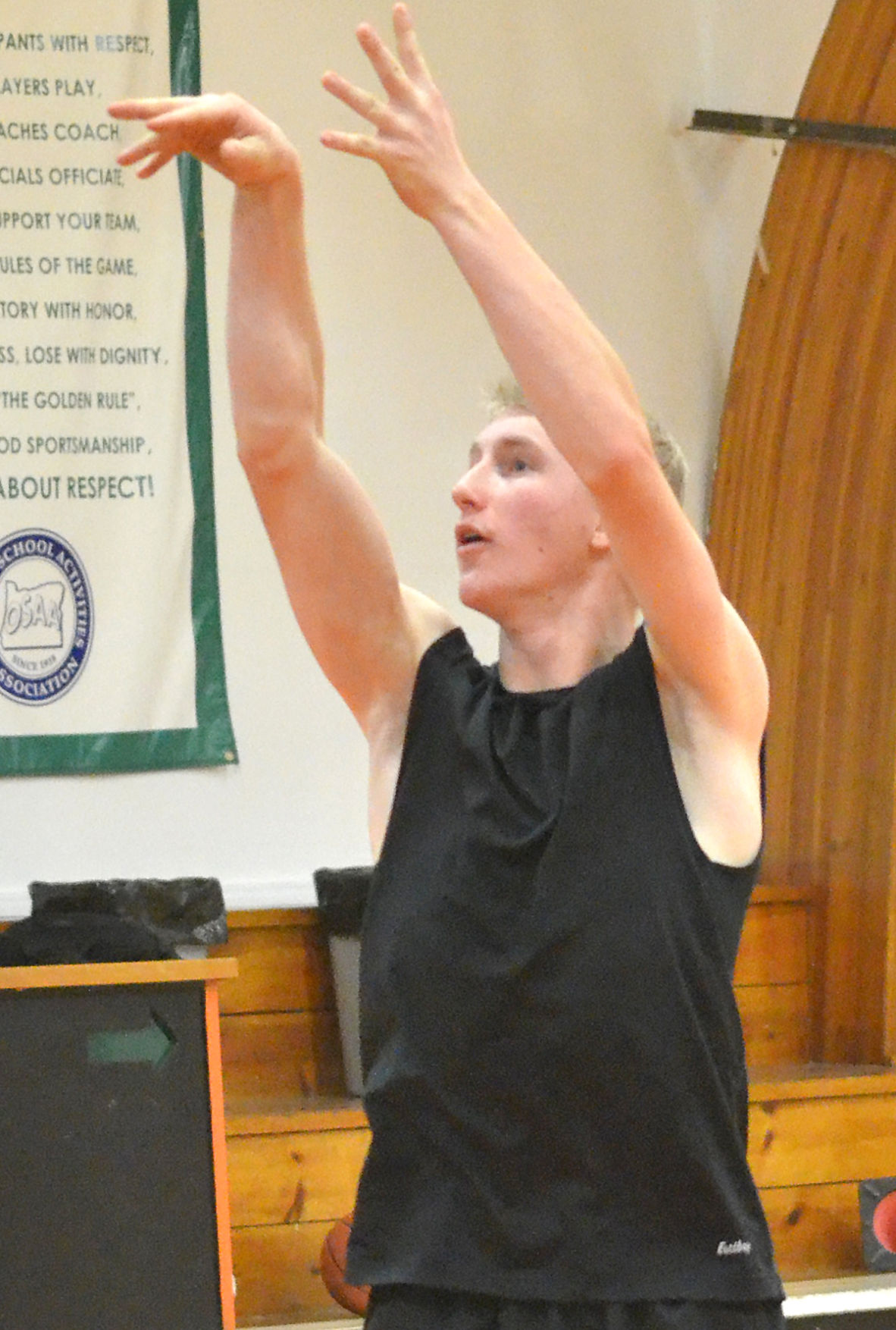 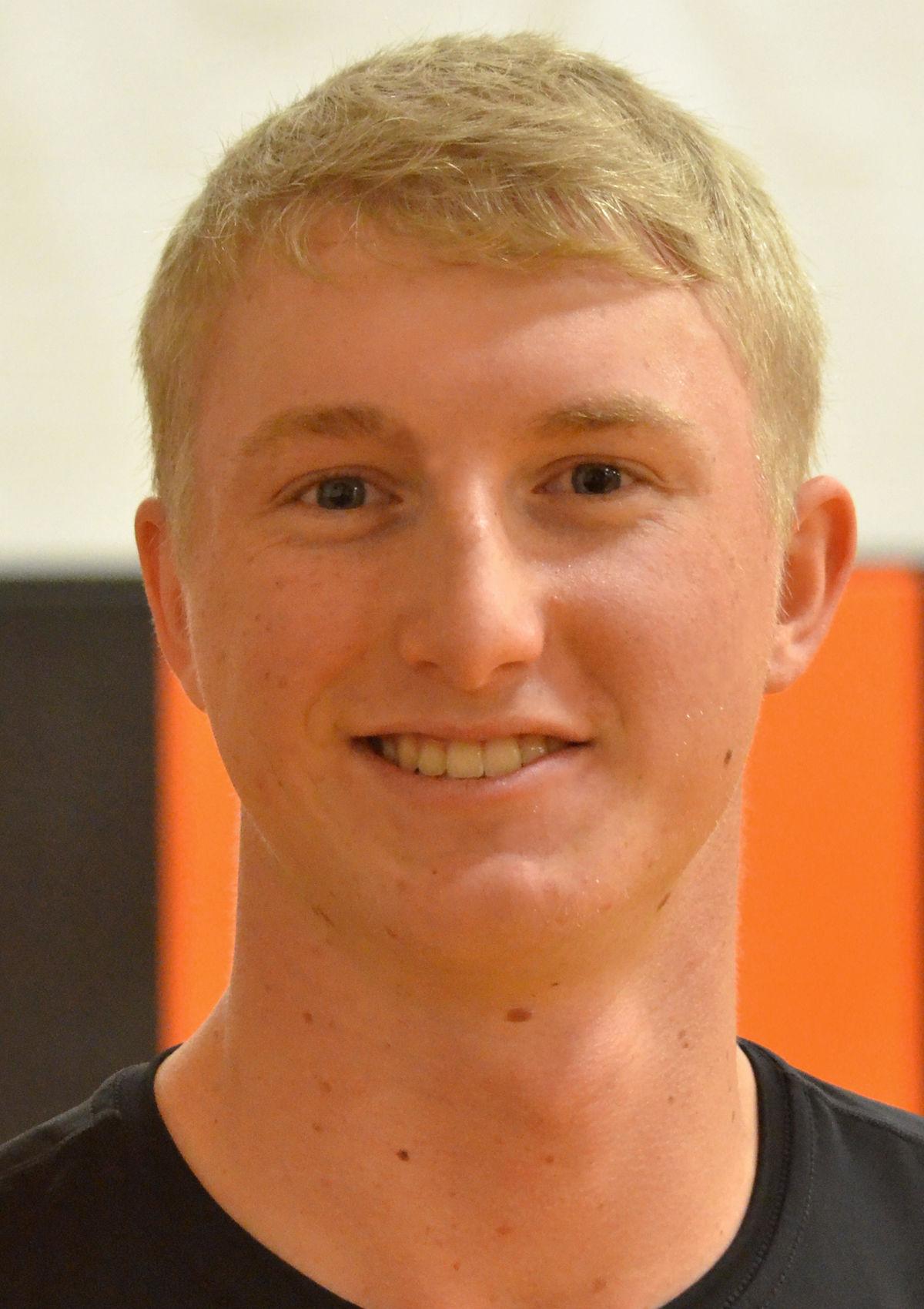 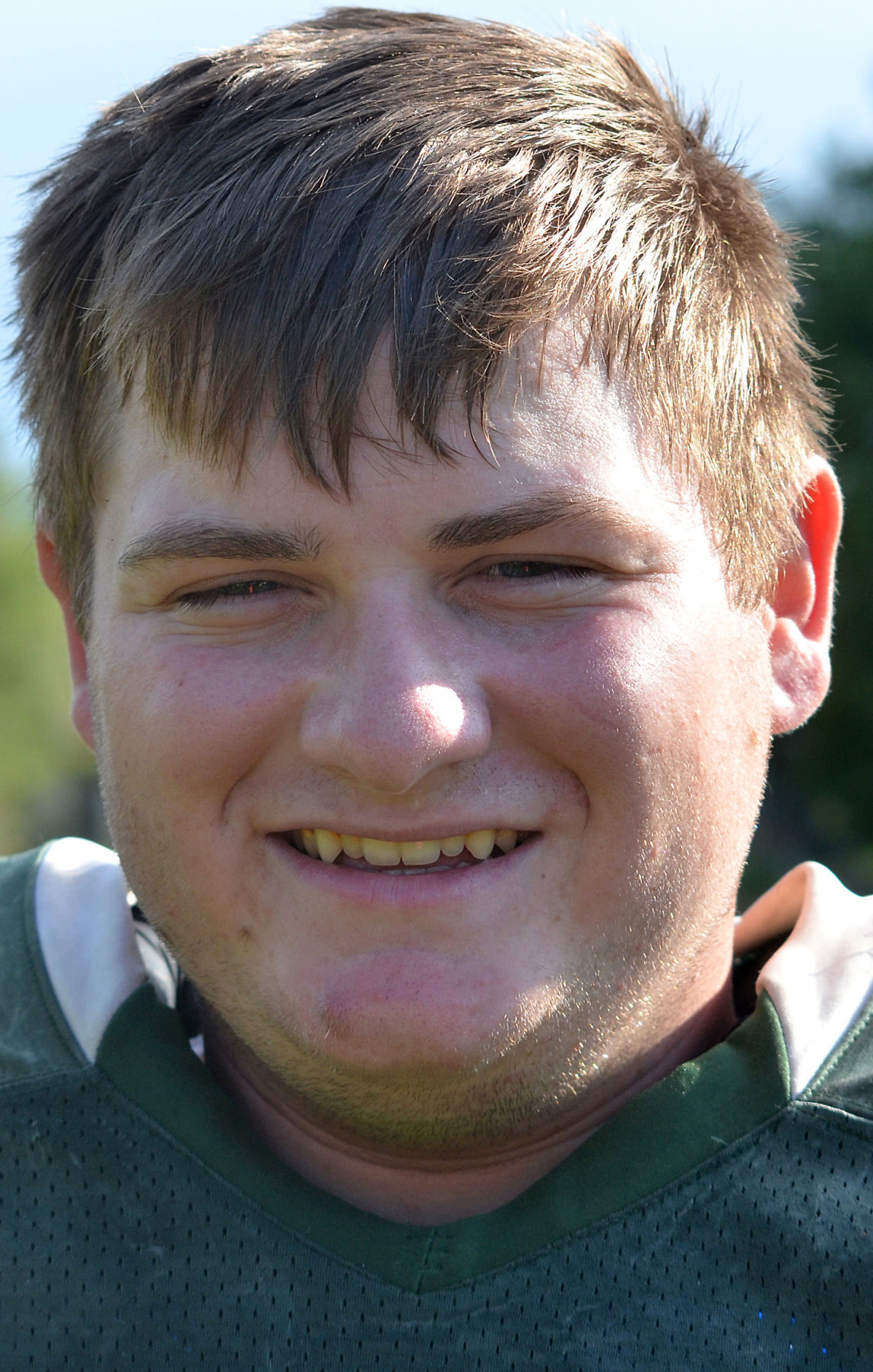 Dayville/Monument Tiger Jaydon Hoffman passes the ball in a practice scrimmage last week with Mark Thomas, back left, and Drew Wilburn in the action.

“It’s the same thing I say every year,” he said.

“It’s just life,” said the coach who is in his seventh year of coaching the varsity team. “If you focus on yourself, you’re only going to go so far, but if you focus on everybody else and work as a unit, then you can go quite a bit farther. It’s just unselfishness. You see things from a different point of view.”

The Tigers lost Gabe Walker-Hopkins and Cade Milton to graduation. Returning starters are senior Drew Wilburn and juniors Donovan Schafer, Mark Thomas and JT Hand. Another senior on the team is Wesley Adams.

Ten Tigers make up the team with three sophomores and two freshmen rounding out the roster.

Wilburn and Donovan Schafer both scored well in the district game against the Adrian Antelopes at last year’s 1A High Desert League District Tournament. It was a 57-49 loss for the Tigers, but Wilburn garnered a game-high 16 points, Schafer scored 15 points, and all of this year’s returning players scored in that contest. The team went on to beat the Huntington Locomotives in consolation.

Jeff Schafer said winning the district is always the goal, and this year he’d like to see more wins.

“I would love to see my team go to state, but most of all I want these young men to feel success and love the game,” he said.

With a total of 10 teams in the league, each team will only face their opponents once during the regular season.

The coach said he’d prefer facing the other teams more than once. He said the competition will be challenging.

“Crane is always tough, Prairie City, Jordan Valley — they’re the normal ones who are always tough,” he said. He said one thing that makes those teams tough is their depth, but added that his team is working hard and conditioning in preparation.

He said all these teams work hard — like they do.

“I never want to take anything for granted,” the coach said.

“I can only change what I have in front of me,” he said. “All I know is we need to prepare for every game and be mentally ready for a good game. I’m anxious to get through a couple tournaments and see what kinks we need to work out. Our league lost some incredible players last year, and so a few of the teams will look a little different this season — it will be exciting to see what happens.”

Jeff Schafer said he’ll be looking to the seniors to provide leadership and consistency.

“Drew is a great leader, and we have some other kids stepping up, too, who have great attitudes and are working hard,” the coach said.

Wilburn said he’s seen a positive difference in the team this season with the team working together.

“We have a lot more ball movement,” he said. “This is the time we’ve been waiting for — it’s our moment.”

Adams said the team is encouraging on and off the court.

“When we have bad days, they push you right up and make you feel good — it’s awesome,” he said. “My obligation for the team, with the other senior, is to step it up to make the team unified.”

Donovan Schafer said their mostly upperclassmen team is going to be competitive this season.

“We’re really picking up the pace, and we’re moving more into the complicated things of basketball,” he said.

Jeff Schafer is assisted by Josh Williams, in his third year with the team, and Andy Wilburn, who is in his second year as assistant. Hayden Schafer, a 2017 Monument graduate and former Tiger, is another assistant coach this season.

Jeff Schafer said that, with a couple new players and some younger players, it will take some time before the team gels and moves fluidly.

“I see our returning players more confident this year — stronger,” he said. “I already like the camaraderie of our team and what I’m seeing. My team always gives great effort, and I know they will have a fantastic season.”

Bears 2020 vision: More must be done to maximize Mack