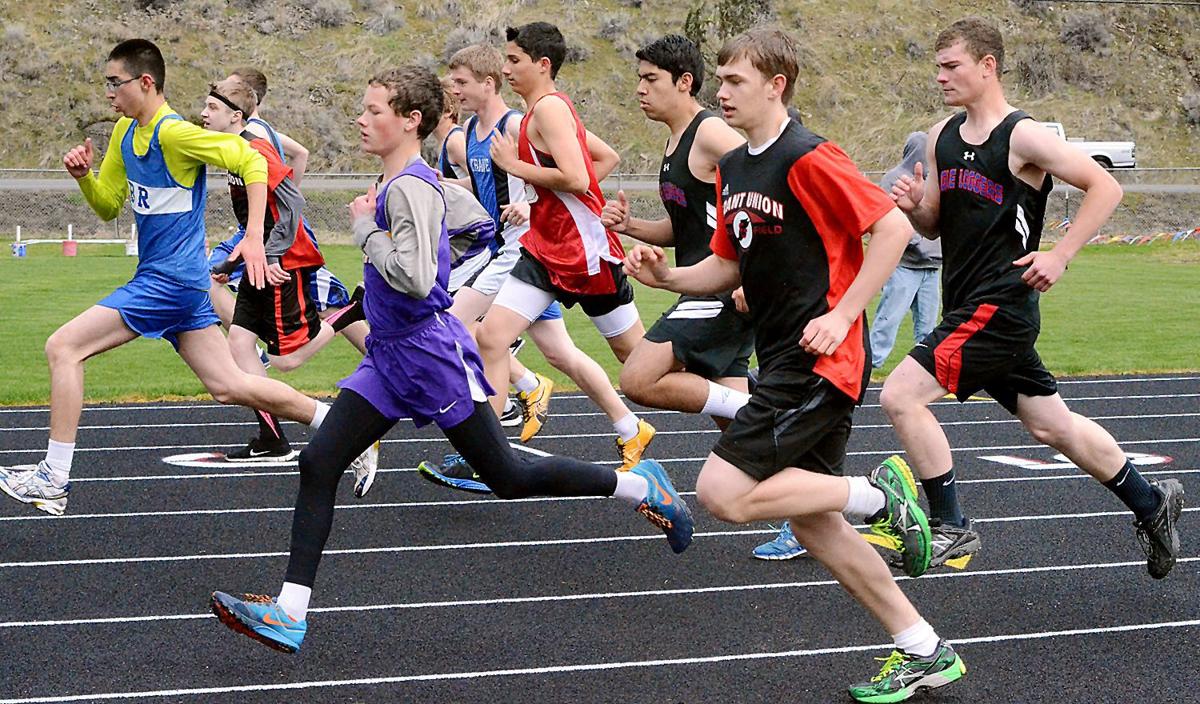 Runners in the boys 1500-meter run are off to a quick start, including Alvaro Lopez of Long Creek (center, red) who finished third and Grant Union runners Trejan Speth (left, red and black) and Sam Bentz (foreground). 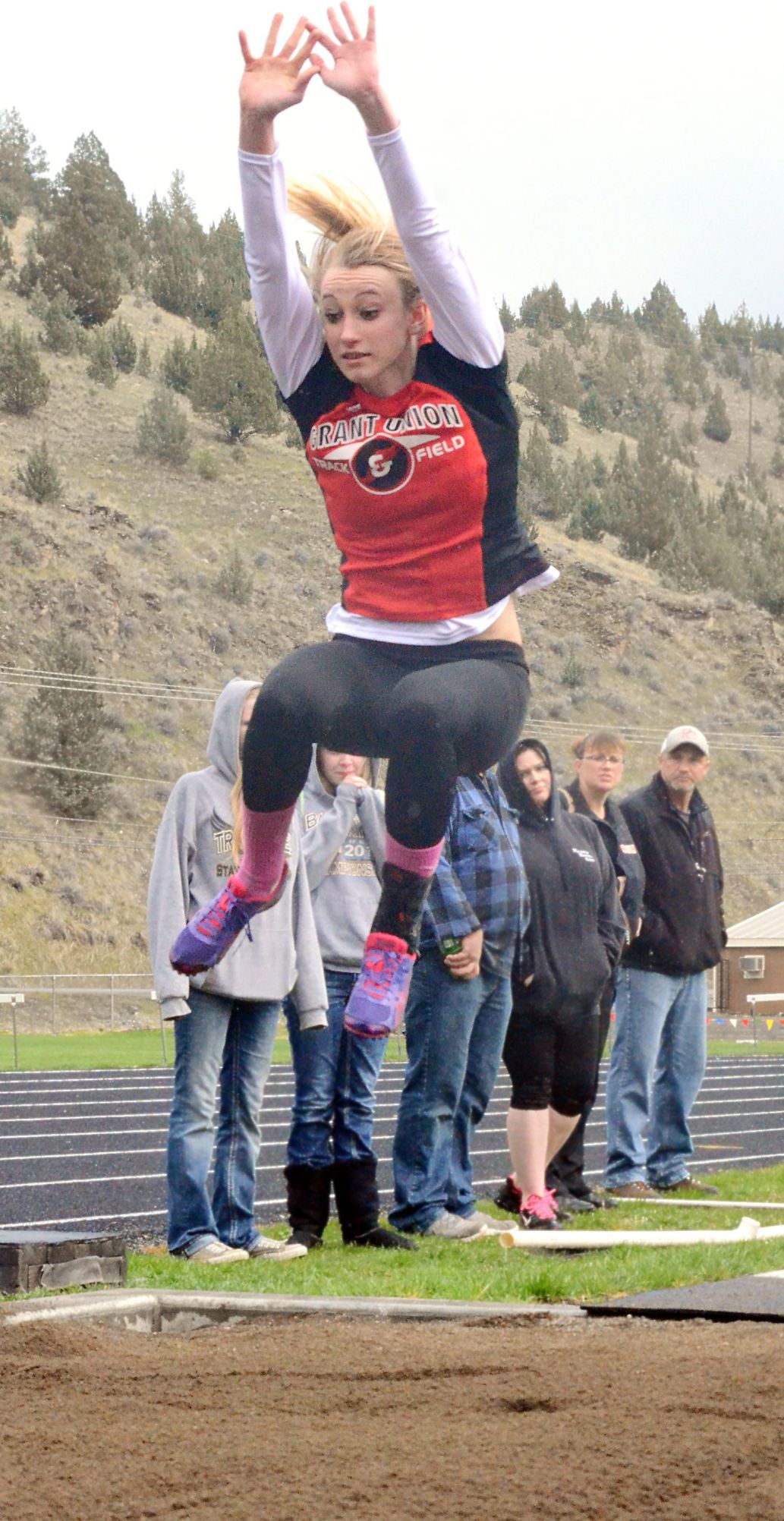 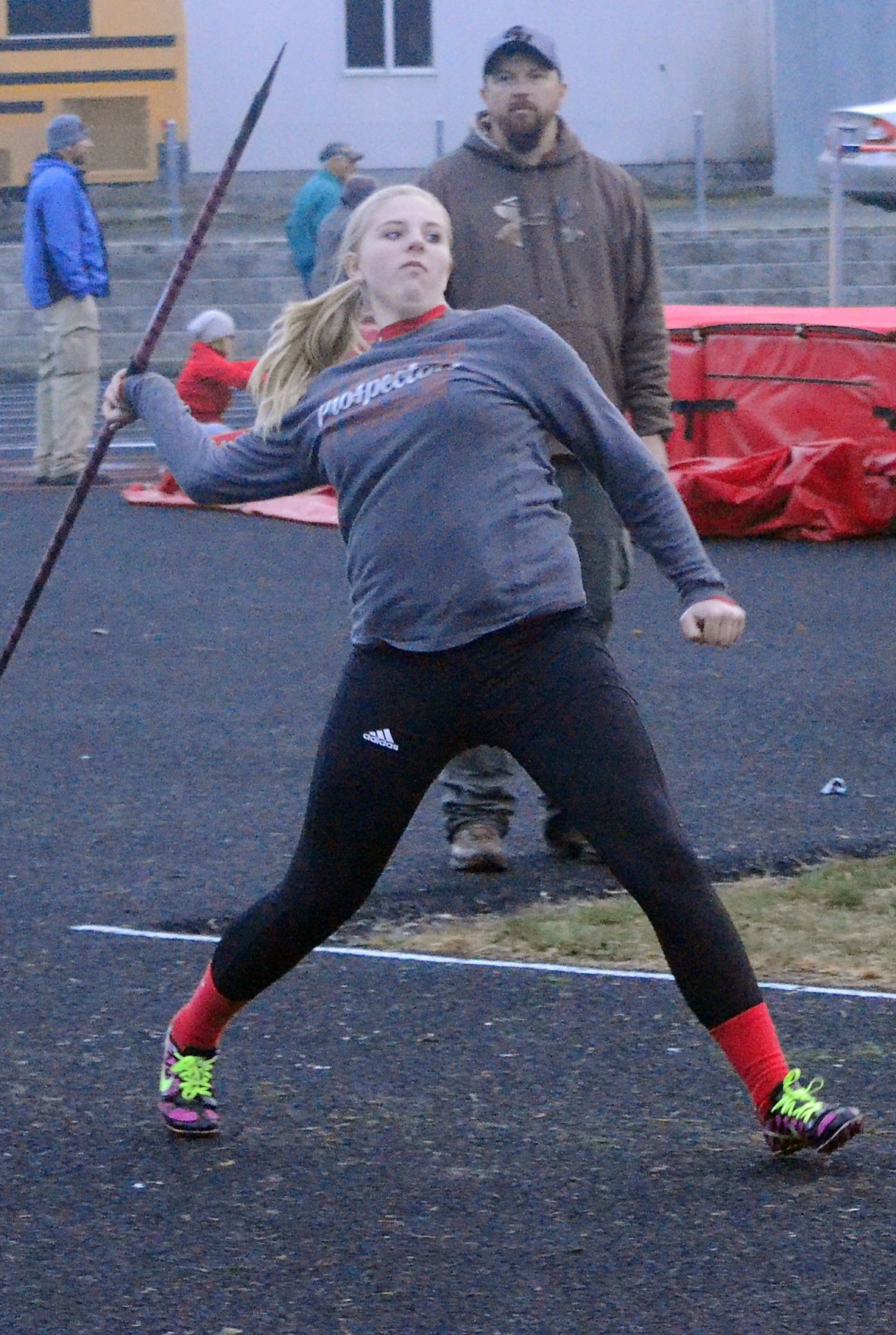 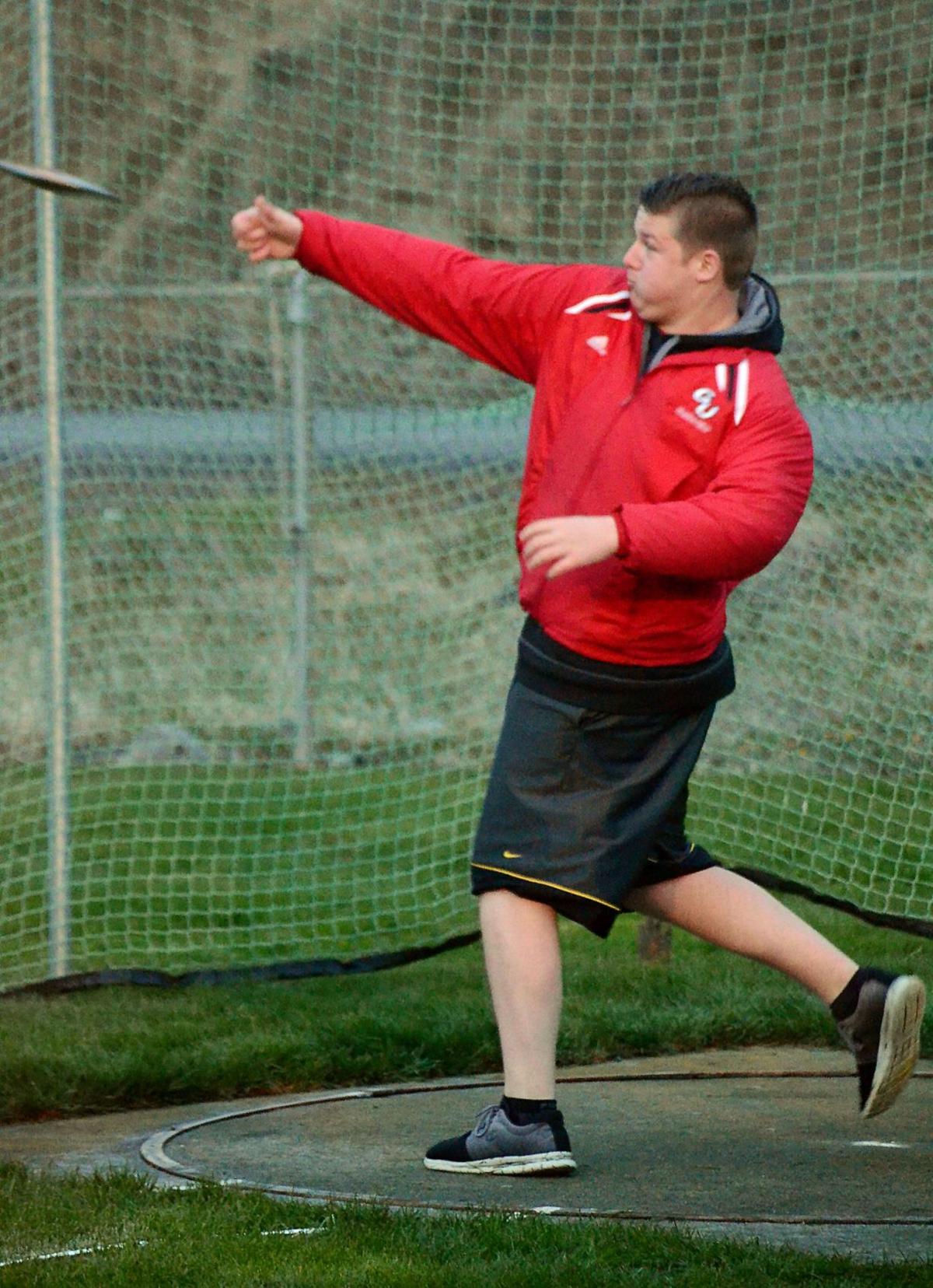 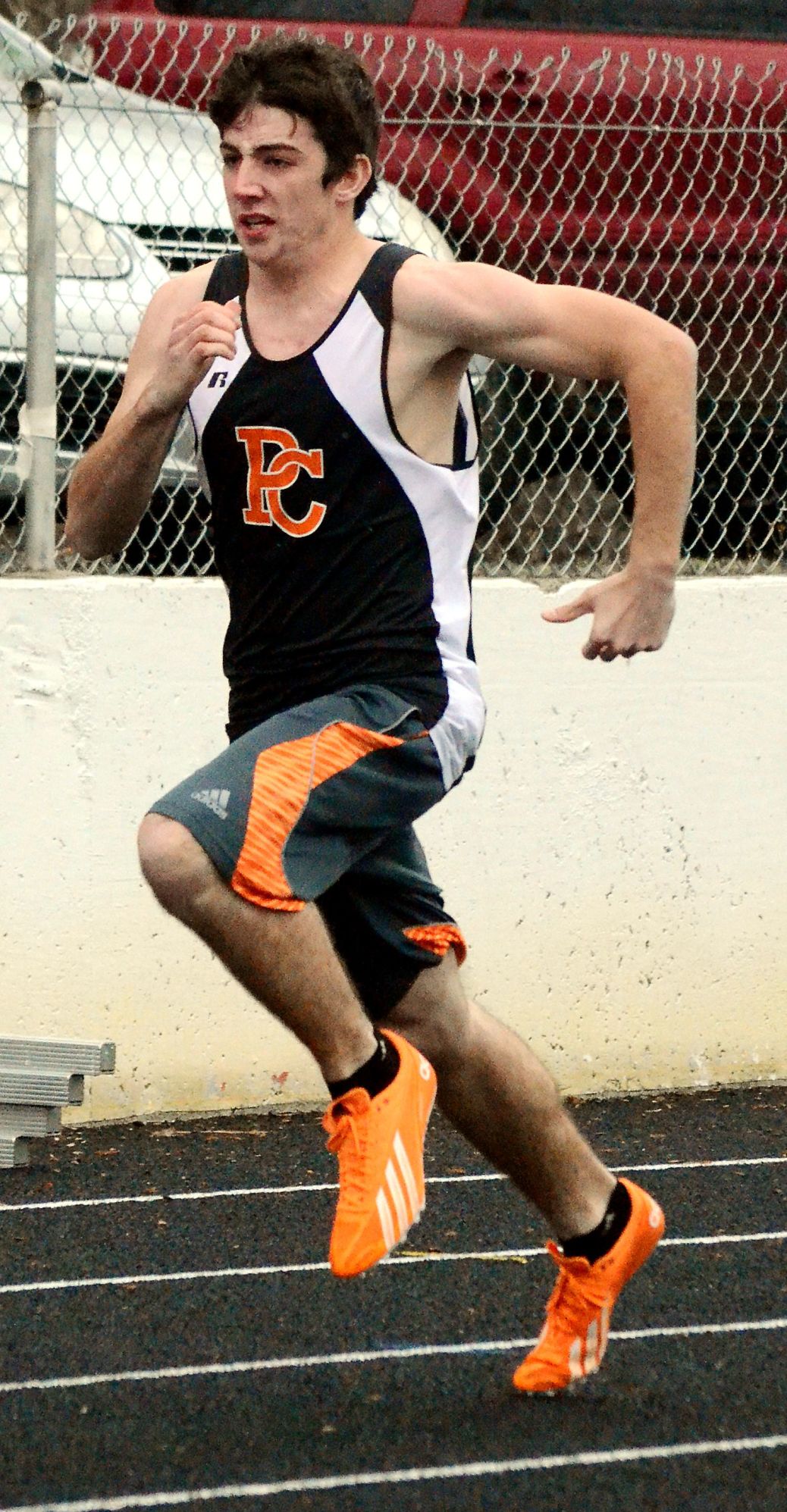 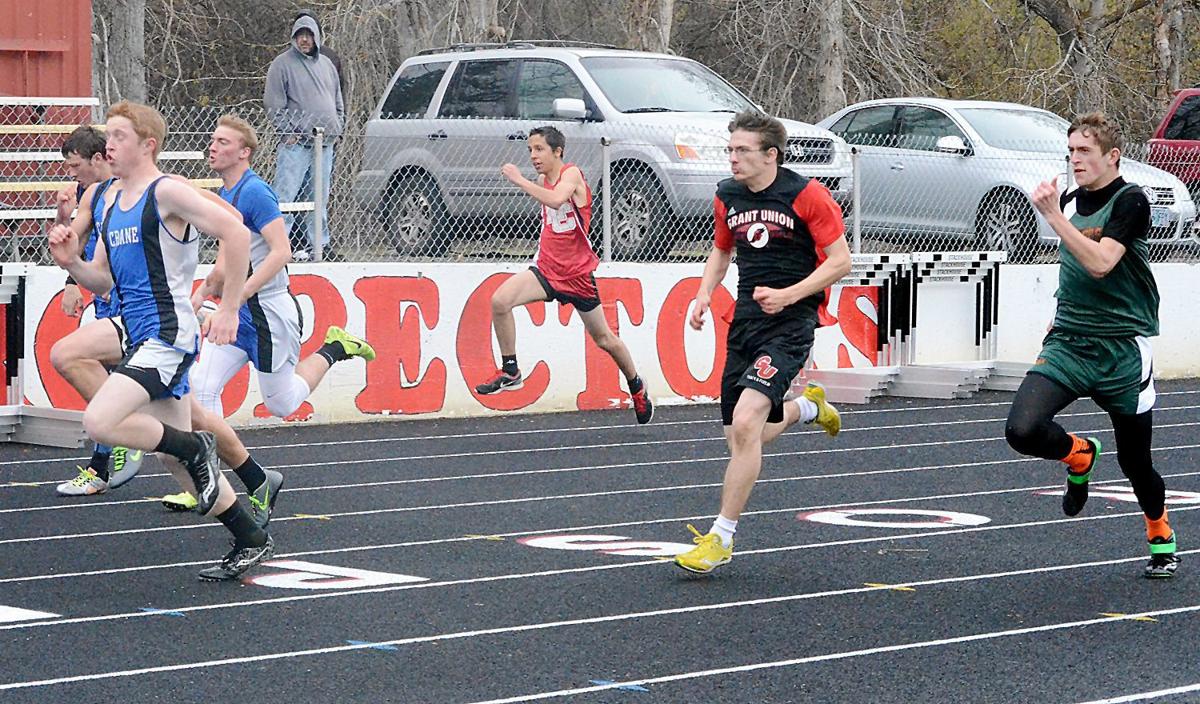 Runners compete in the 100-meter dash at the Small Schools Meet.

Runners in the boys 1500-meter run are off to a quick start, including Alvaro Lopez of Long Creek (center, red) who finished third and Grant Union runners Trejan Speth (left, red and black) and Sam Bentz (foreground).

Runners compete in the 100-meter dash at the Small Schools Meet.

“It was a great warm-up for the season,” said Grant Union head coach Sonna Smith.

Ten teams participated in the varsity and junior high meet.

“It was exciting to be able to host junior high at our inaugural meet on our new track,” Smith said, referring the schools new 8-lane track. “It did take a little longer, but our goal is to allow everyone the chance to compete.”

The Burns varsity boys and girls teams took top honors in the meet.

On the boys’ side, Crane took second, followed by Mitchell-Spray, Grant Union and Prairie City.

Smith said there were some glitches with the timing, and said she expects those to be ironed out in time for the Small Schools Meet at 3 p.m. Tuesday, April 21.

Chelsie Kodesh was close behind in javelin with a 107-00, and Samantha Brock took third.

Brock was second in the 100 hurdles ahead of Pentzer who took third.

Andrew Copenhaver was third in pole vault in front of Paul Roark.

“The meet was difficult for most as it was tough to stay warmed up in the blowing, cold wind most of the day,” he said. “We still had a few PRs from Garrett Hitz in the pole vault and Megan Camarena and Teri Cobb in the shot put.”

Ethan Camarena sprinted to third in both the 100 and 200, and Michel Hitz finished third in the 300 hurdles.

“Most of our athletes, despite the weather, established best marks for the season,” he said.

Monument’s Maya Thomas placed second in the 1,500 and was third in the 800. Treiquella Osborne finish third in the discus and long jump.

For the boys, Hayden Schafer placed third in discus and fifth in javelin.

“It is a welcome change to have hurdlers and sprinters this year, as we have had dominantly throwers the last several years,” he said. “Also, we have many younger faces, bringing the team total to 19 athletes in grades 5-12.”

For Dayville girls at the Small School Meet, Cody Perkins finished second in the 100-meter dash and Skylar Powell was fourth in shot put.

On the boys side, Prestin Edmundson was fourth finish in discus.

Maria Cabral threw shot put for 11th place out of 18.

All four of the Grant Union girls competing at the April 11 Meet of Champions at Willamette University in Salem performed well, coach Smith said.

70 at 50: 'Fast Eddie' Periard was one of early walk-on success stories

Ahead of Missouri football's opener, protests over health concerns continue