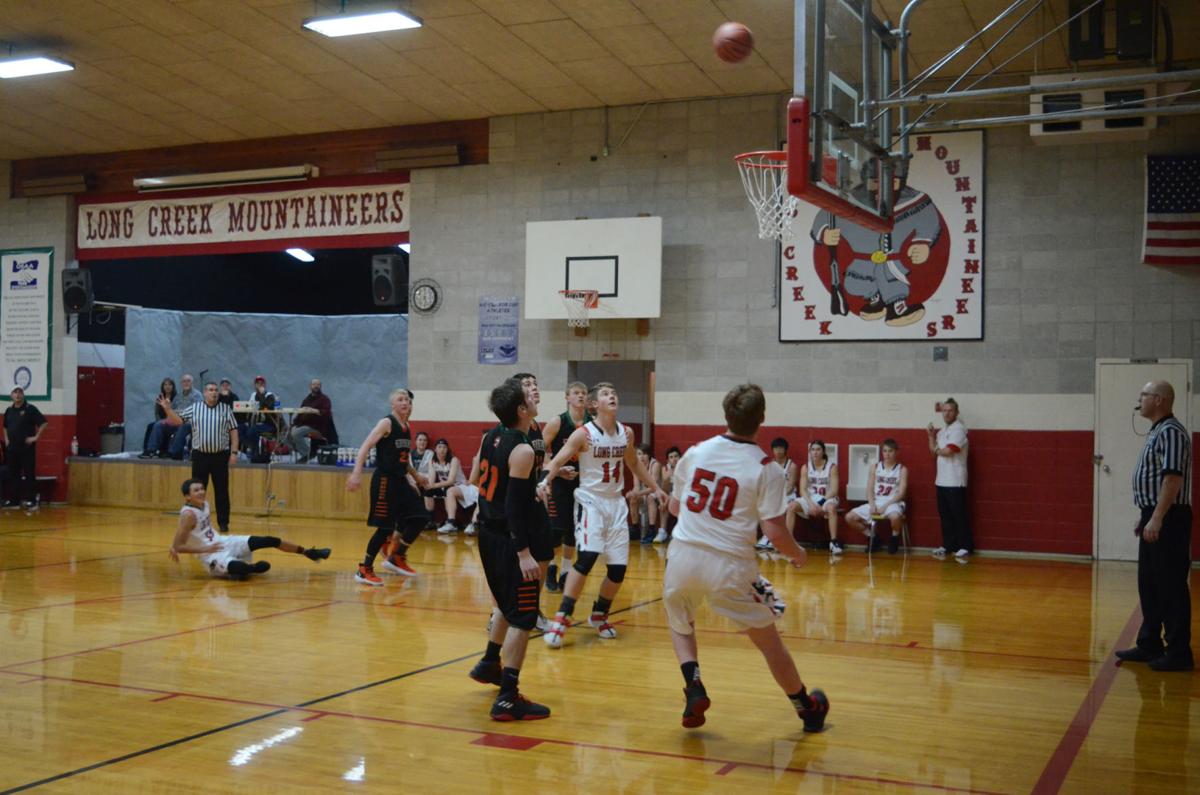 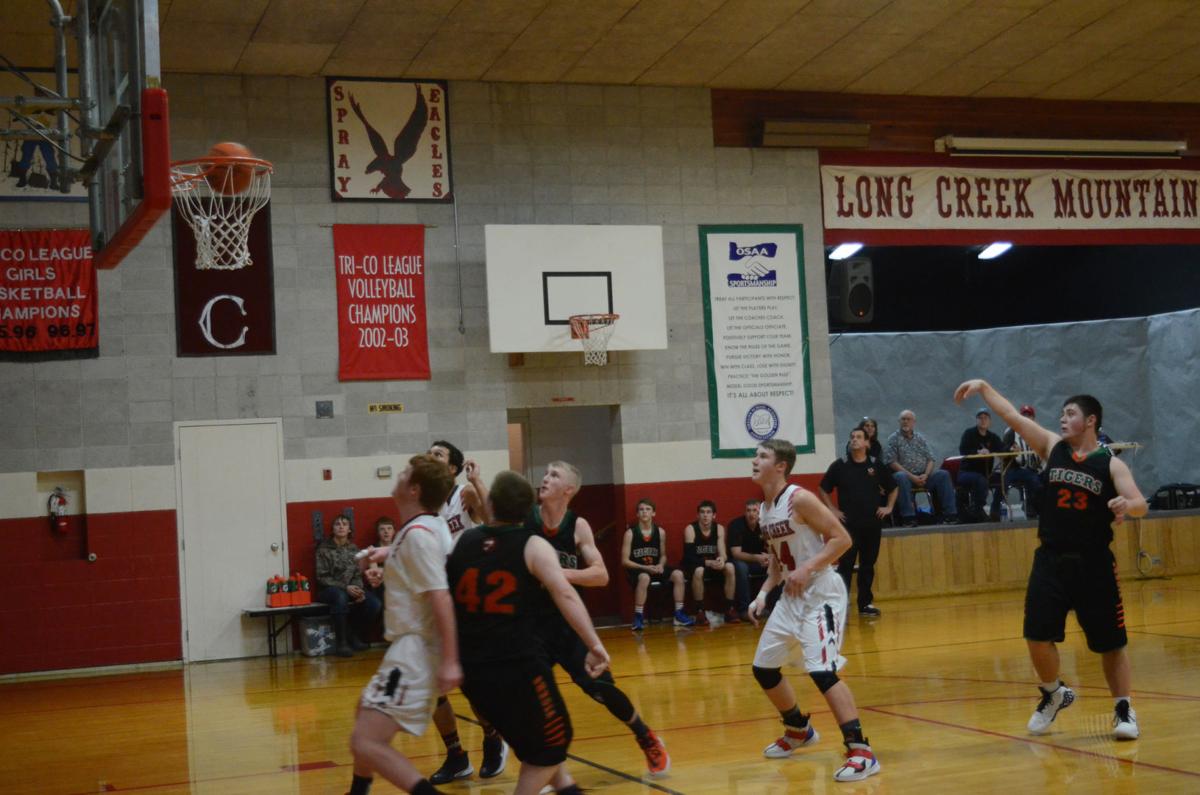 Dayville/Monument’s Donovan Schafer shoots for 2 points during the final quarter of the game against Ukiah/Long Creek Friday.

Dayville/Monument’s Donovan Schafer shoots for 2 points during the final quarter of the game against Ukiah/Long Creek Friday.

The Ukiah/Long Creek boys basketball team came away with a 52-50 victory over Dayville/Monument Friday in a game that came down to the final seconds.

The Ukiah/Long Creek Mountain Lions and the Dayville/Monument Tigers kept the audience on the edge of their seats by keeping the scores relatively close with neither team having a lead greater than 5 points.

In the final minute and 17 seconds, a timeout was called with Ukiah/Long Creek leading 50-47. The right side of the gym erupted with cheers in support of the Tigers, and then the left side followed with their own cheers for the Mountain Lions.

Donovan Schafer, a junior for the Tigers, got the ball to score 2 points and was fouled in the process. Schafer made the free throw to tie the game with 37.2 seconds left.

The Tigers got a steal and shot for the lead but missed. Mountain Lions senior Ben Combs got the rebound. Ukiah/Long Creek advanced the ball and got it to Combs who sank the final shot to end the game.

Ukiah/Long Creek head coach TC Connor was happy in the progress that the team has made and their ability to trust each other, especially in the intense final seconds of the game.

“In earlier games, when we lost, the team would get into pressured situations when we are down by 5 and start thinking they need to be the hero and start putting up threes,” Connor said. “I tell them, ‘Hey, relax, just keep putting in twos,’ and that’s what they are doing now. They are trusting in the system and are coming together.”

The Mountain Lions will face Four Rivers at Ukiah High School at 7:30 p.m. Friday, Jan. 31, and then Harper Charter the following day at Ukiah.

While the Tigers lost against the Mountain Lions, they dominated in their next game against Huntington Saturday, winning 66-16.

The team worked well as the leadership of senior Drew Wilburn, the ball control of junior Mark Thomas and 28 points scored by junior Donovan Schafer helped in a unified win. All 10 members of the team got the chance to play and continue their development in understanding their role in a game.

“The team played much better, and it was a great team effort as the players played their roles in the game,” said Tigers head coach Jeff Schafer. “We can beat anybody if we can play our roles.”

The Tigers will play against Crane in Monument at 6:30 p.m. Jan. 31, and then against Adrian the following day in Dayville at 3:30 p.m.