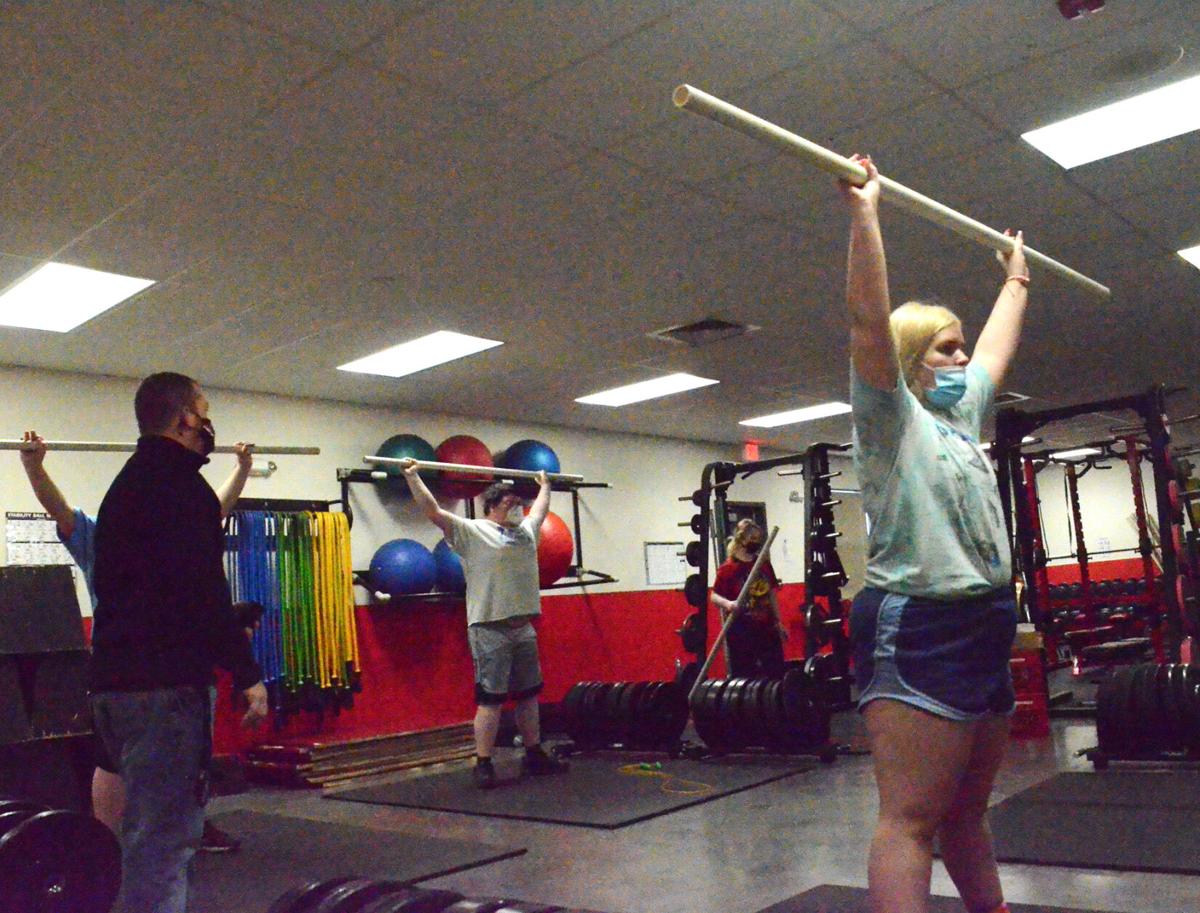 Grant Union’s weightlifting class works on a variety of exercises, from left: teacher Jason Miller and seniors Will Carpenter and Sophie Brockway. 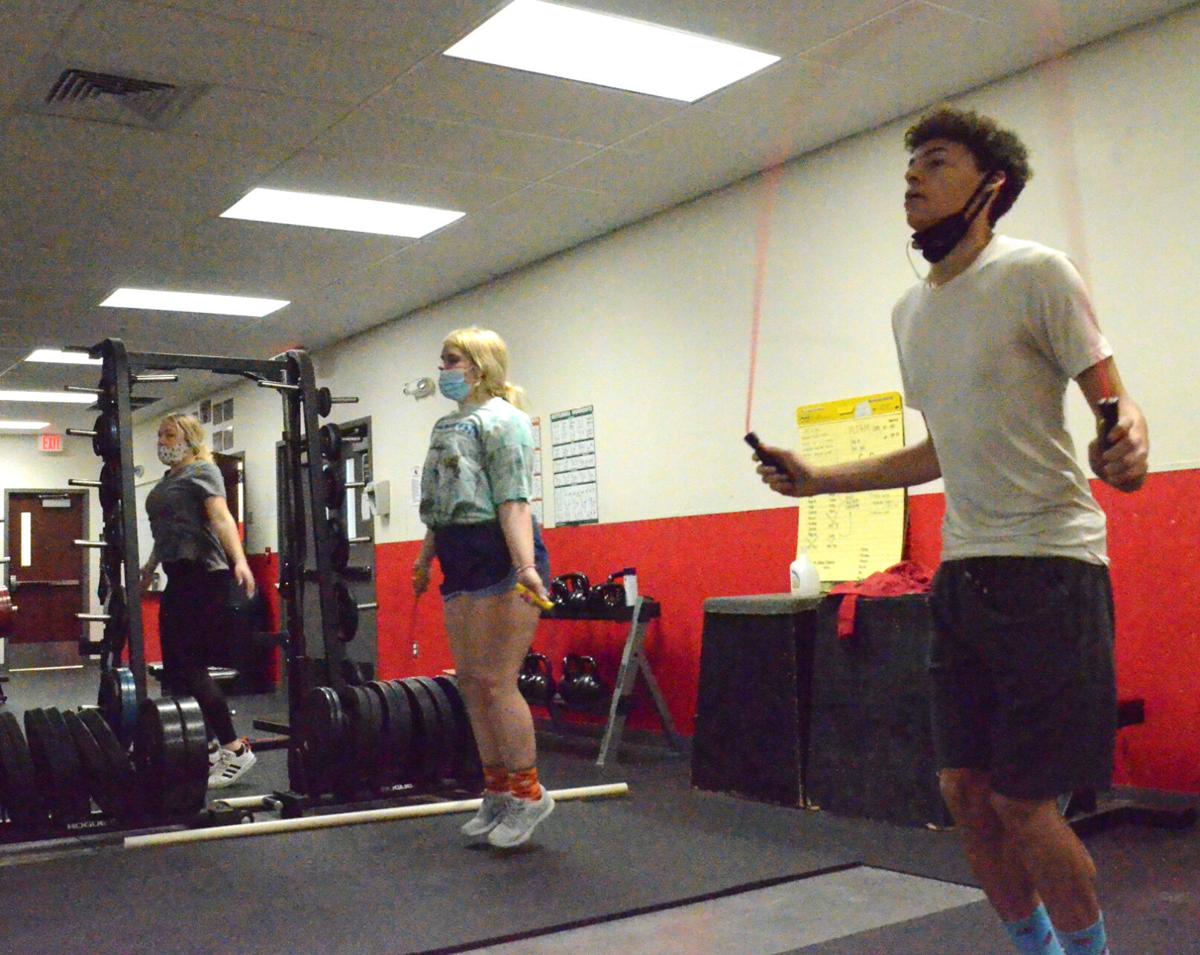 From Right to left: Senior Jordan Hall, Senior Kristin Cantrell and Senior Sydnie Moss working together as class, which is one of the benefits of the weights and conditioning program at Grant Union. 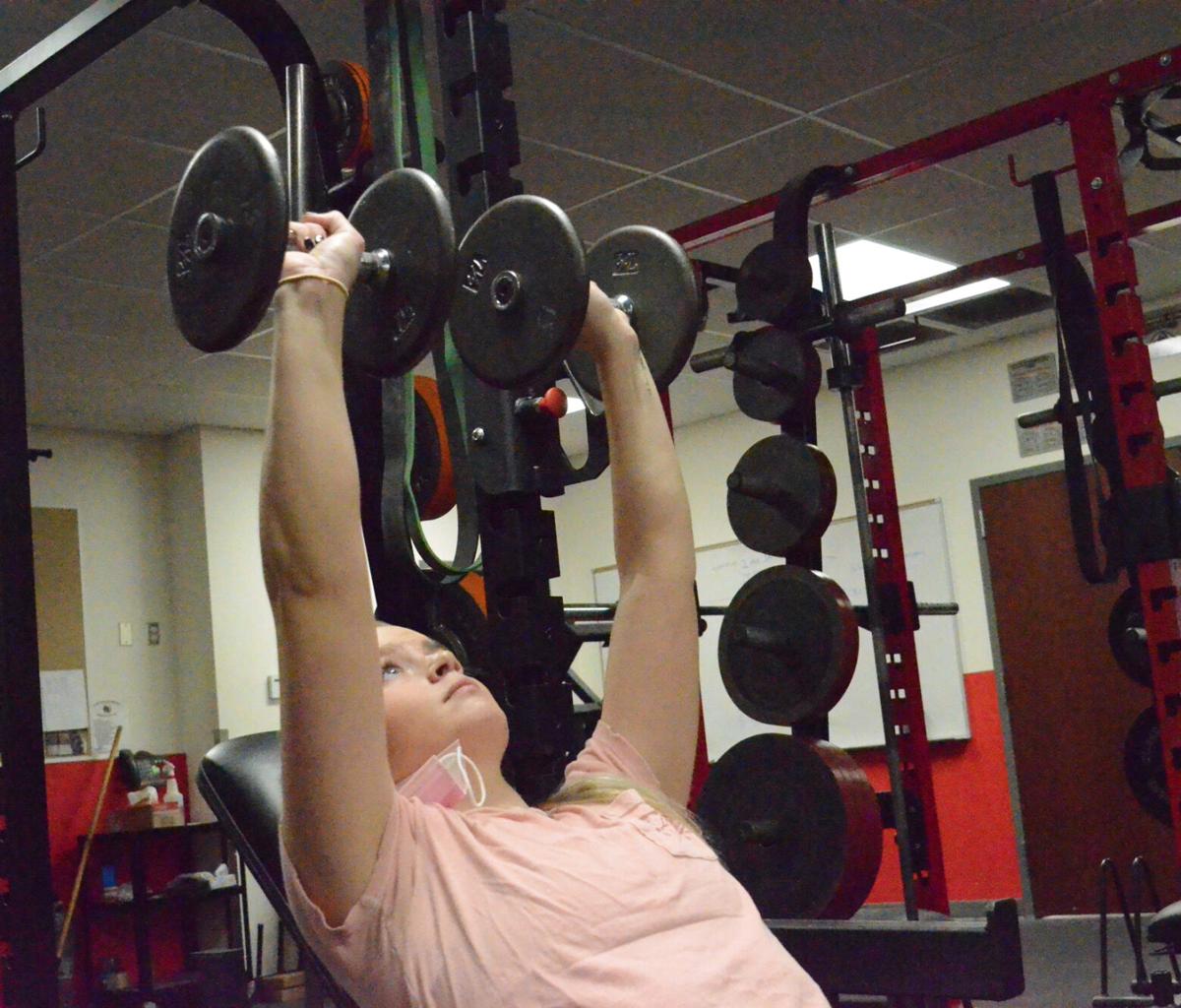 Grant Union’s weightlifting class works on a variety of exercises, from left: teacher Jason Miller and seniors Will Carpenter and Sophie Brockway.

From Right to left: Senior Jordan Hall, Senior Kristin Cantrell and Senior Sydnie Moss working together as class, which is one of the benefits of the weights and conditioning program at Grant Union.

Without sports, Grant Union’s weights and conditioning program has provided an outlet for exercise.

Grant Union Teacher Jason Miller said the program has been even more important this school year.

“I think the kids who can participate in weights and conditioning, and any vocational activity in general, can help relieve stress and get around and move,” Miller said. “It’s been huge for the mental aspect of the kids during these times.”

Senior Jordyn Young, who plays softball and volleyball, said the class has helped her maintain strength, but also helped her mental health as the program helps relieve stress.

Miller said different sports require different types of focused training, but athletes who participate in the program can build their core strength and condition themselves to prevent injuries when doing the specific training involved with a particular sport.

“It’s been great for our students to get stronger and more explosive and be more comfortable within that setting, and I think the advantage for the athletics program has been big,” Miller said.

Senior Jordan Hall, who participates in basketball, football and track, said with the impacts of COVID-19 on sports, he realized he was out of shape when he resumed training for sports.

Hall said the combination of practicing at open gym and conditioning in the weights program has helped in getting back into shape.

“I definitely took a break from everything, and I got out of shape, but you gotta start somewhere and work out everyday,” Hall said.

The Oregon School Activities Association will have an executive board meeting on Feb. 8, which will give an update on the school sports season, but Hall hopes to get a chance to play, no matter how the season looks.

“It’s my last year, and I hope we can do something that makes this year even better than the last three,” Hall said. “Even with everything going on, I just want this year to shine out.”

Senior Sophie Brockway, who wrestles, said the the gym program provides a great opportunity for conditioning, but the mental health benefits have been just as important.

She said she appreciated the time to talk and grow with classmates in the program, especially with that opportunity being absent with the lack of sports.

Hall said one of his favorite aspects of the program has been the opportunity to workout with other students and learn more about other people.

“It’s also for kids who don’t participate in sports that just want to learn those skills that they can apply in their livelihood when they’re older,” Miller said. “It’s fun to see these kids who don’t usually interact a bunch, to push and root for each other to get the new max or get the last few reps. It’s big because it’s team building even when you’re not a part of the team. It’s building school spirit and that pride in what we do.”

For Husker WR corps in 2021, familiarity may be one key to increased production