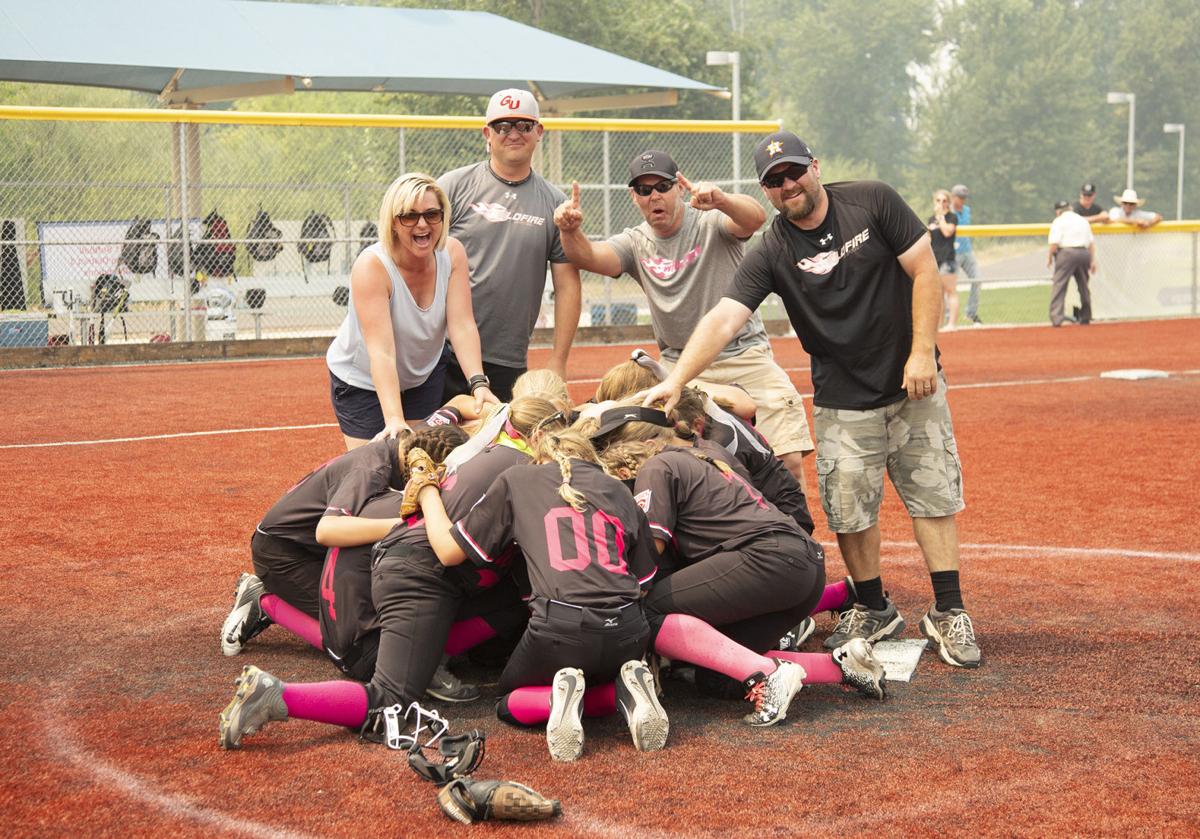 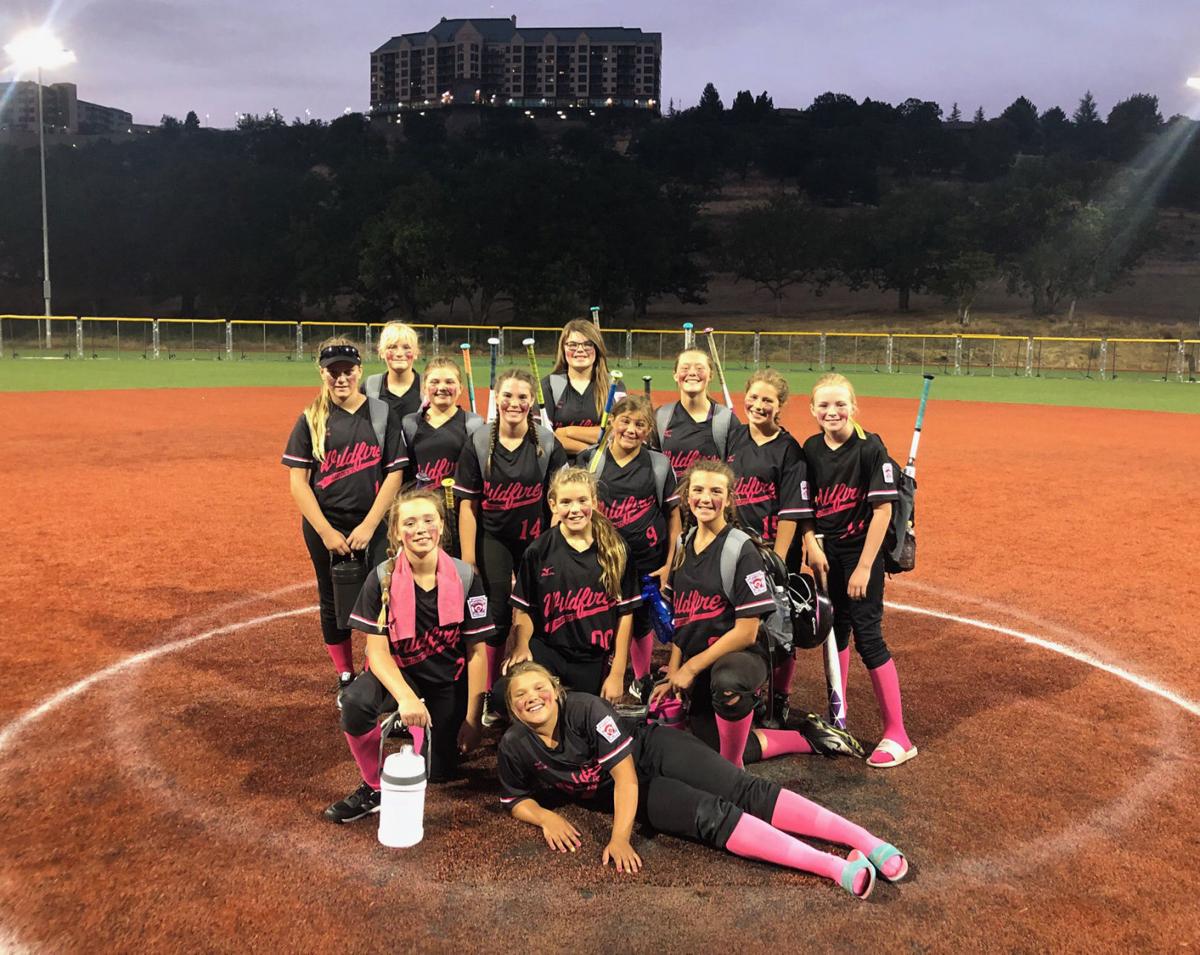 The Grant County Wildfire team competed at the 9-10-11 Little League Softball State Tournament through July 23 in Medford at the U.S. Cellular Community Field. 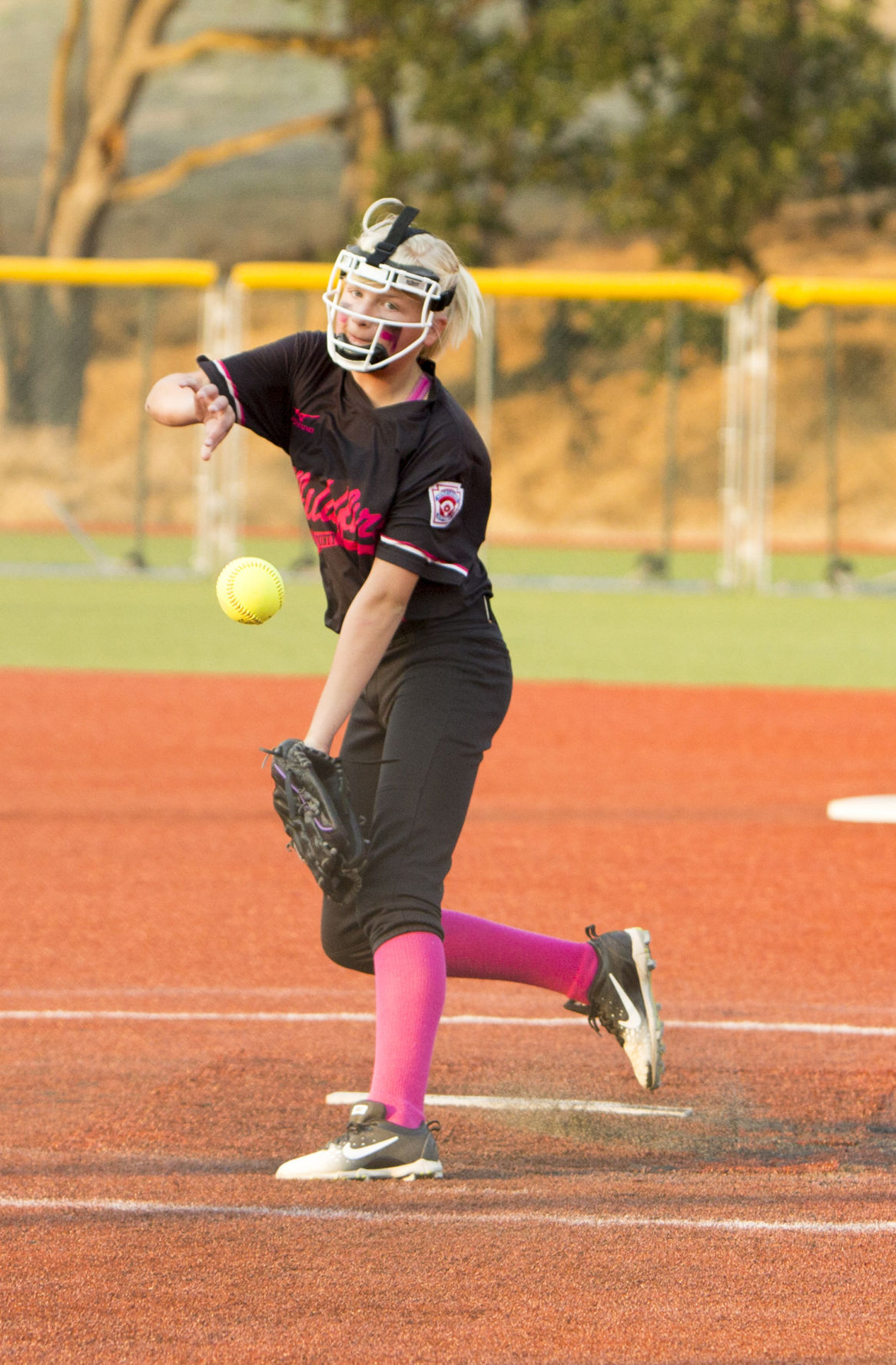 Grant County Wildfire pitcher Drewsey Williams is in action at the state tournament. 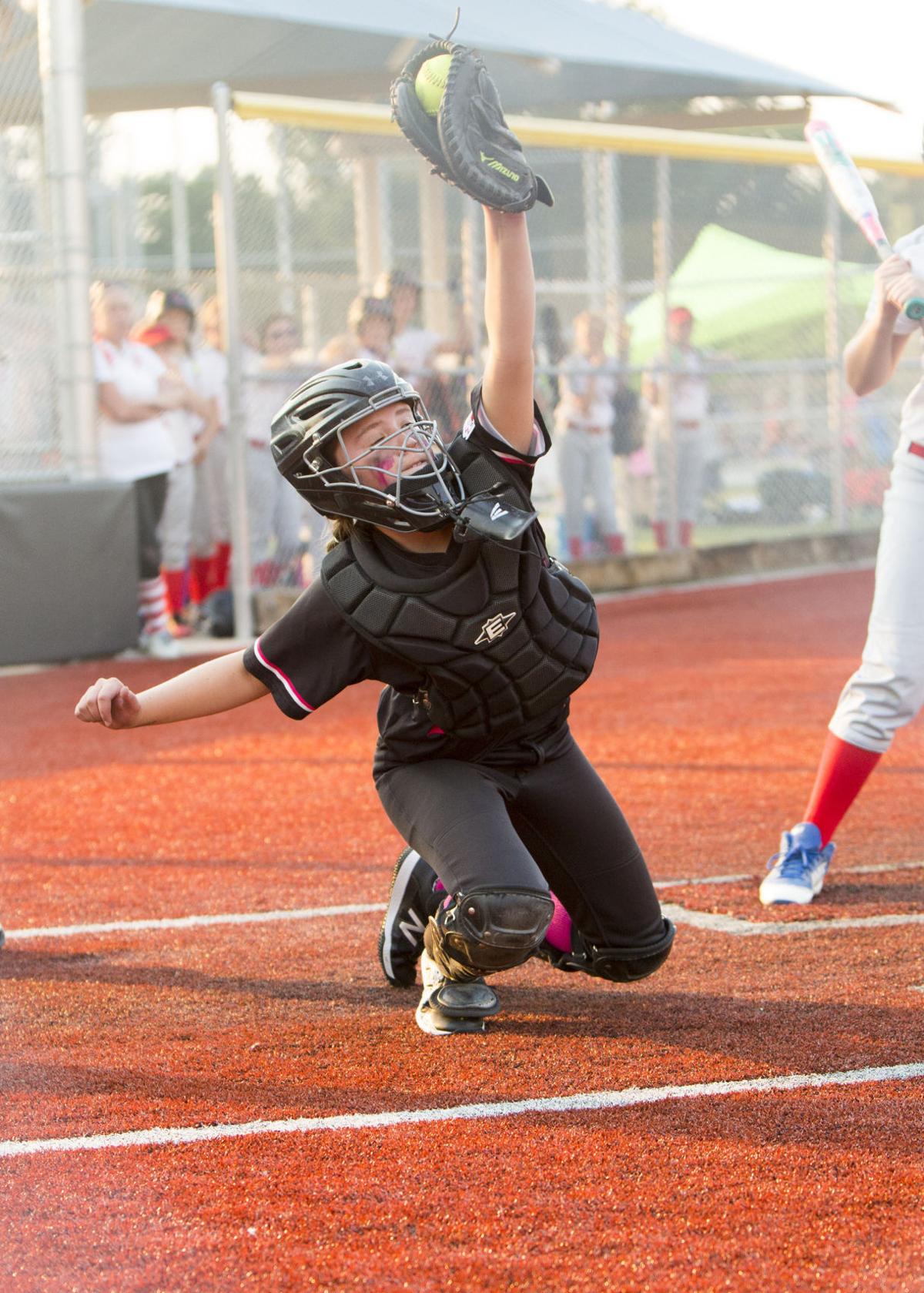 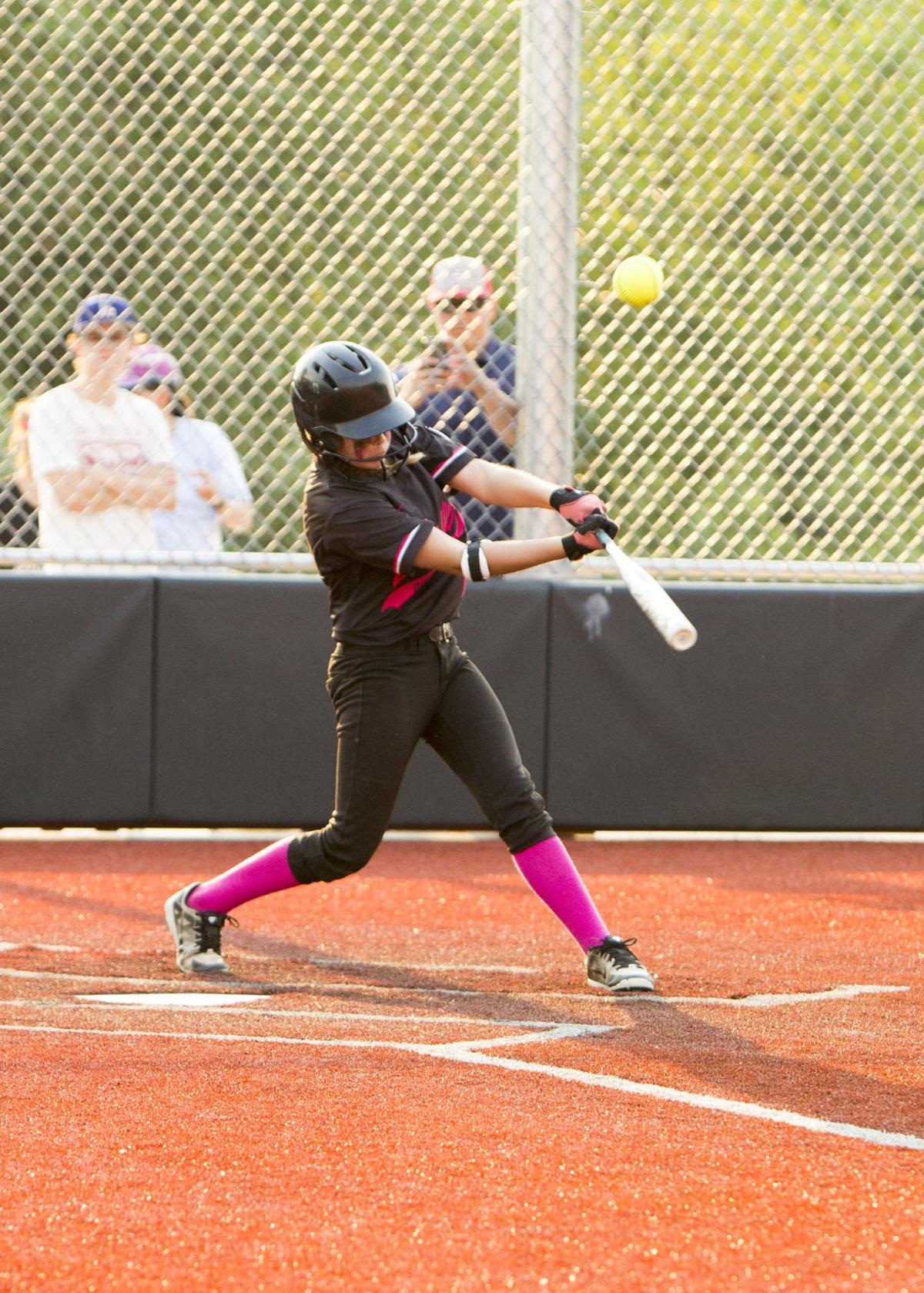 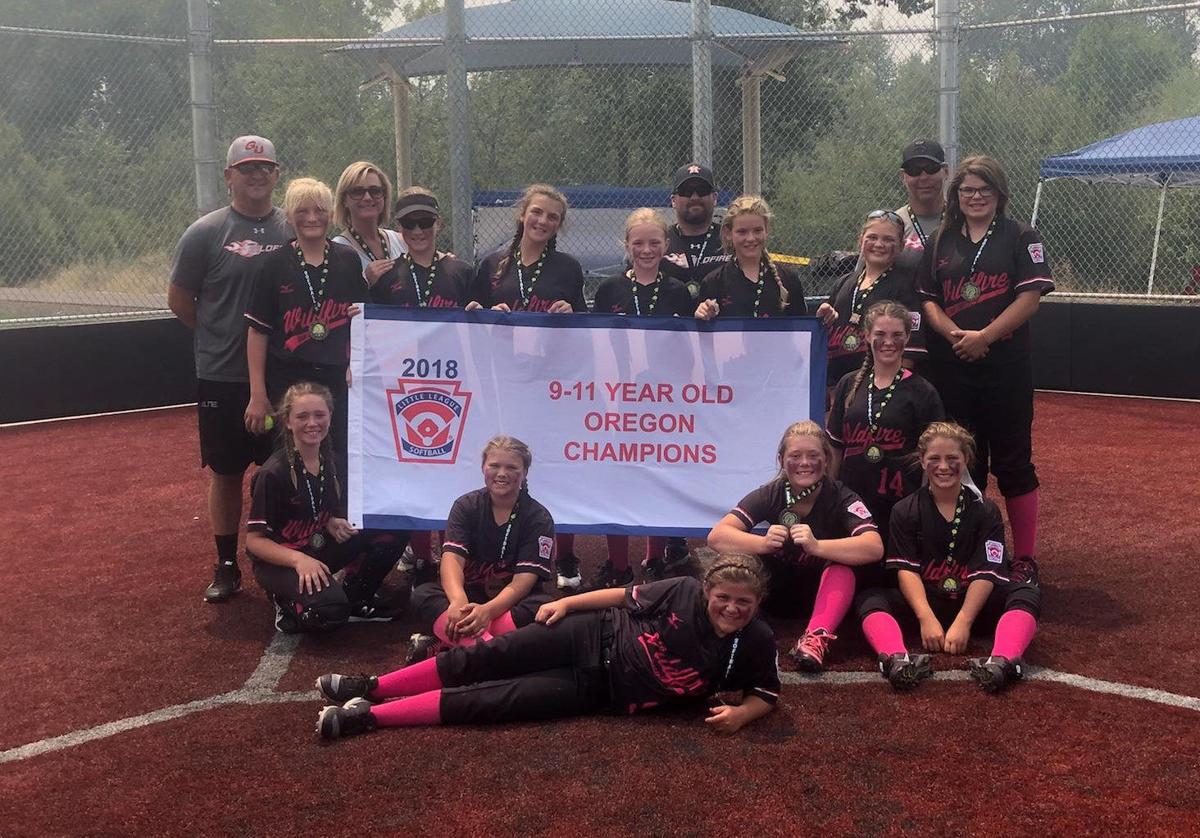 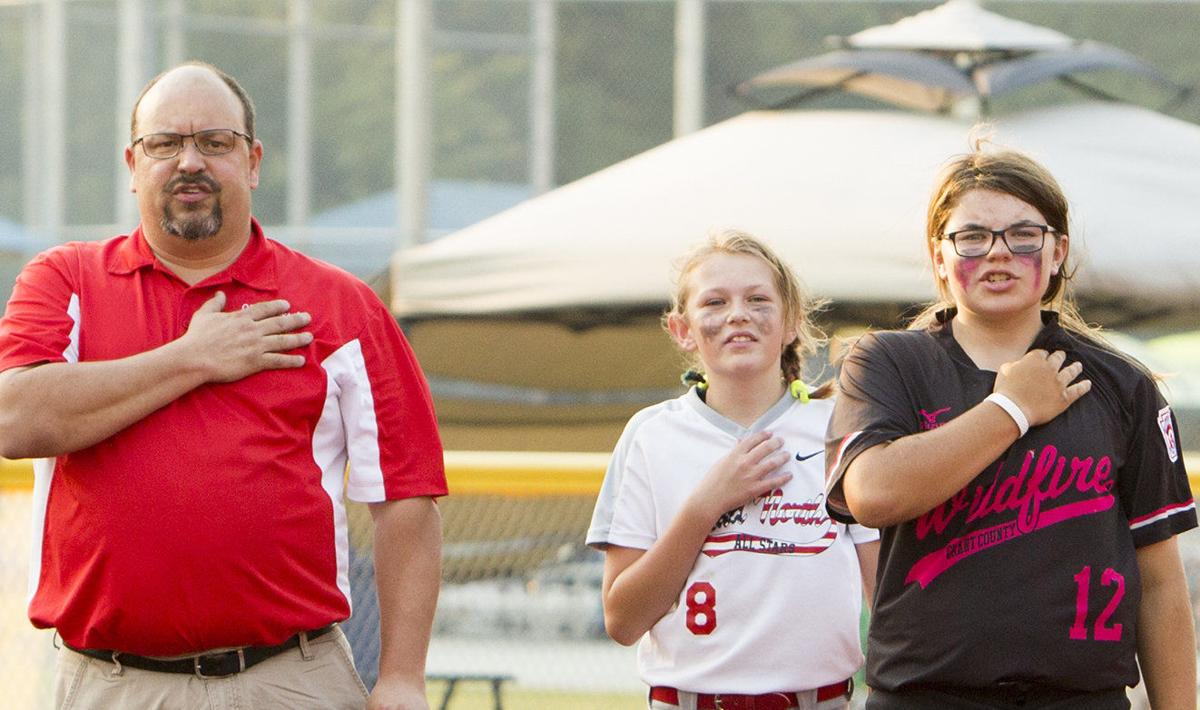 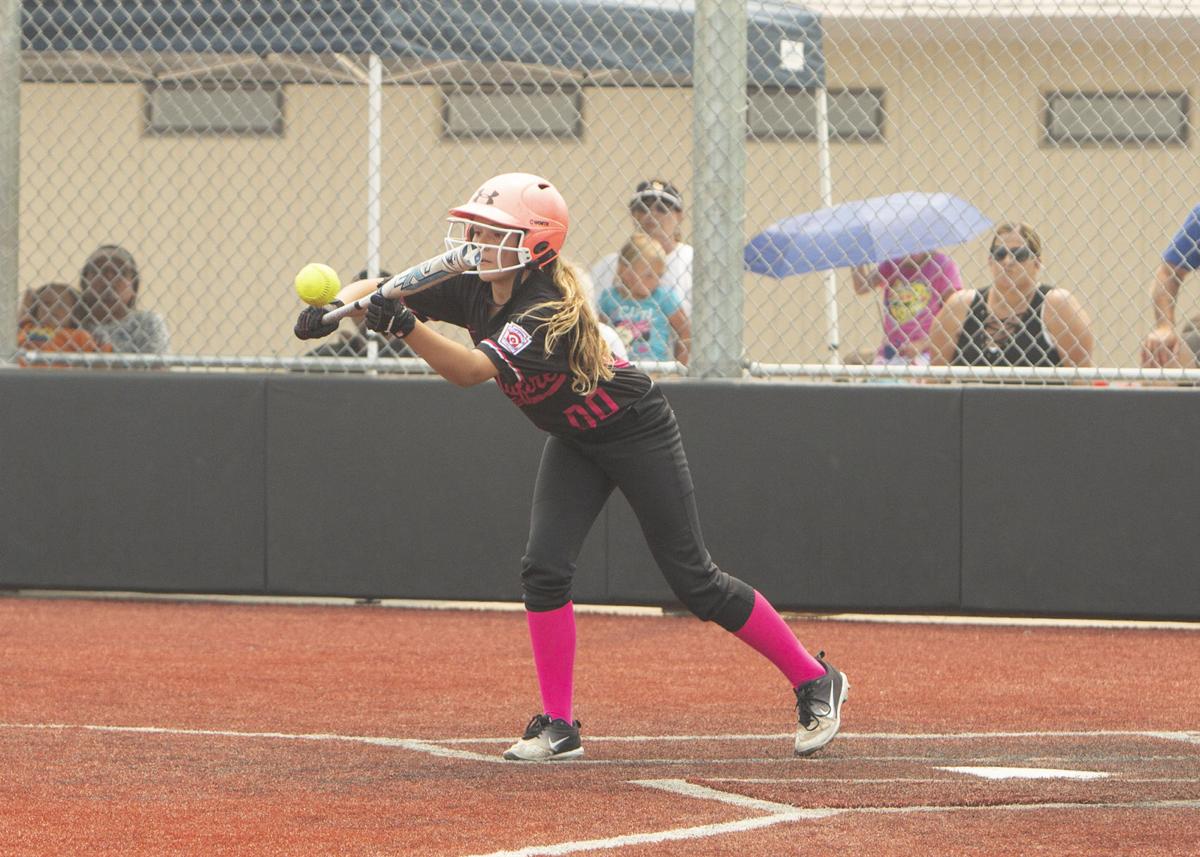 Grant County Wildfire's Preslee Lenz is in action during the championship game.

The Grant County Wildfire team competed at the 9-10-11 Little League Softball State Tournament through July 23 in Medford at the U.S. Cellular Community Field.

Grant County Wildfire pitcher Drewsey Williams is in action at the state tournament.

Grant County Wildfire's Preslee Lenz is in action during the championship game.

The Grant County girls were undefeated as they entered the semifinals on Sunday, where they experienced their first and only loss to Del Norte, 4-6.

Wildfire followed up with a 22-1 win over Willow Creek later that day. In earlier games, Wildfire beat Bend North on Thursday 6-1, and Willow Creek on Saturday 19-11.

On Monday, Wildfire had to win two games against Del Norte for the title.

The team maintained their composure and dominated 12-3 in game one, followed by a closer 6-4 win for the championship.

Grant County third baseman Lauren Wenger had the crowd cheering when she hit a 2-run infield homer in the bottom of the fourth inning in game one.

The Wildfire kept their cool in the top of the sixth inning of the final game.

With pitcher Drewsey Williams in the circle, short stop Savannah Watterson caught a pop-up fly ball, also catching for the second out.

With one runner on base, Wenger nabbed a grounder and threw the final out to first baseman Halle Parsons.

“The team drew 14 walks in the championship series and a few timely hits along with aggressive base running that was enough to put us over the top,” the coach said.

“They really did play as a team,” he said. “All 13 girls contributed to the success of the team in this tournament.”

Drewsey Williams said the team worked as a family and help each other through it.

“I think the whole team just got together and talked about what we’ve accomplished this whole season and what we need to think about in this last game,” she said.

“It’s definitely an accomplishment,” she added. “The whole season, we were just excited to come back and redeem ourselves.”

Last year, the Wildfire placed third at the state tournament.

“Our team really put their heart into it and left it all on the field,” she said. “It was cool to win and make it that far.”

Catcher Addy Northway said the win took teamwork and was hard-fought. She said she enjoys making the calls as catcher and seeing the field and players from behind the plate.

“We were trying to push ourselves hard for that win because we’ve been wanting it all season,” she said. “I want to say thank you to the coaches, because they helped us all season.”

“She blocked almost everything, which allows the pitcher to be confident throwing the pitches she needs to throw,” he said. “Addy’s quick release and throws down to second base kept the Del Norte runners from stealing second base every time they get on first base, which is what usually happens at this level.”

Drewsey Williams received the championship game ball from the tournament director for her efforts as pitcher — she pitched all 12 innings in the final two games.

The director also highlighted Watterson and Wenger for their contributions.

Coach Williams said the team has been battle tested, playing in many 12U tournaments this season — for a total of about 45 games.

“Their positive ‘team first’ attitude and making routine defensive plays really is the key to winning under this kind of pressure,” coach Williams said. “The experience these ladies have gotten over the past several years will do nothing but make them better in years to come.”

The team is finished for the season, as there is no regional tournament for this age group, and they will celebrate with a barbecue at the coach’s home soon.

“They all bring something different and necessary to the team, and they love the girls,” he said. “I absolutely couldn’t do it without them, and the parents.”

He added, “It’s a really great team — everybody does their part.”

Savannah Watterson: defensively responsible for 10 putouts or assists of 18 total in game two

Savannah Watterson was 6 for 18

Before they were Huskers: Jaimes was just a 'tough, nasty, competitive dude' at Texas power Lake Travis

From Kevin Warren to Chattanooga, an inside look at how Bill Moos, Huskers tried to play football Saturday